During World War One, military flying began at Kelstern when in December 1916, a landing strip was built for 33 (Home Defence) Squadron. The airfield was located near Mill Farm and was intended to be a refuge for 33 Squadron's Zeppelin hunters if they were low on fuel. However, the site was very seldom used and was closed in 1919.

Located in the Lincolnshire, Wolds RAF Kelstern was built in close proximity to RAF Binbrook and RAF Ludford Magna. At 420ft like Binbrook, it is one of the highest airfields in the area, and similar to other Lincolnshire airfields could be a very bleak, windswept place.

Construction began in July 1942 and was built to a Class A standard with three intersecting concrete runways that dictated some local roads' closure. The main runway 06-24 was 2,000 yards in length with two subsidiaries, 01-19 and 13-31, both of 1,400 yards. To provide a modicum of protection for the ground crews from the harsh Lincolnshire weather, two T.2 hangars and a B.1 were erected. There were also 36 hardstandings of the loop type. The bomb store was located to the southeast with the dispersed sites to the northwest. Located on the site were 110 officers and 1821 other ranks. Accommodation was primitive, consisting of concrete or Nissen huts which were prone to condensation, drafts and cold. There was very little between the North Sea and Kelstern to divert the winter's easterly winds away from those unfortunate enough to have to work out in open. With the usual lack of fuel, it was unlikely to be much better for those working undercover either.

The airfield opened in September 1943 as part of 1 Group, becoming part of 12 Base (Binbrook), with the first station commander being Gp Capt R.A.Donkin. On 1 October 1943, 625 Squadron mustered at Kelstern flying Avro Lancasters. The unit was formed around C Flight from RAF Grimsby (Waltham) based 100 Squadron and was declared operational on 9 October 1943.

Kelstern's Lancasters flew their first mission over the night of 18/19 October and went on to take part in Main Force bomber operations throughout the war. 3,385 sorties were flown, resulting in the loss of 66 aircraft, a casualty rate of 1.9%. The Station's worst loss of the war was over the night of 19/20 February 1944 when 823 aircraft were sent to Leipzig. Three Lancasters were lost from 625 Squadron: ME588 CF-A, JA862 CF-T and LM384 CF-X, including the squadron's Flight Commander, Sqn Ldr Barry Douetil (JA862), who became a POW. Three more Lancasters failed to return from the final raid to Berlin over the night of 24/25 March: ED317 CF-W, ME864 CF-V and ND641 CF-T.

The weather sometimes intervened to try and curb Kelstern's operations. Over one night in February 1944, two feet of snow fell on the airfield blocking the runways. Within 48 hours, the station's personnel had cleared it, and the site was back on an operational footing.

During May and June 1944, 625 Squadron's Lancasters were busy softening up defences in France prior to the D-Day Invasion. At this time, within Bomber Command, a trip to France counted as one-third of an operation towards an operational tour. Losses on such trips were still sustained and could be disproportionate to the target being attacked. One attack to a rail junction at Acheres resulted in the squadron losing 3 Lancasters from a force of 19. The unit's Lancasters were also in action on the night of 3/4 May when 3 aircraft were lost on the disastrous raid to attack German armour at Mailly-le-Camp.

The home squadron was briefly joined by 170 Squadron during October 1944, which formed at Kelstern from C Flight of 625, before their Lancasters relocated to RAF Dunholme Lodge. The last operation flown by 625 Squadron was on 3 April 1945, when an attack on Nordhausen took place. The raid cost two aircraft, one from 625, NG327 CF-S piloted by Flt Sgt Collier. He and his crew were the last loss from Kelstern.

However, the war ended before the Lincoln came into service, and most of the airfields with small hangars were closed, so the system was not implemented elsewhere. The photograph above shows the tram tracks, which remain in place today.
​
On 5 April 1945, orders came through for 625 Squadron to relocate to RAF Scampton, and by 9 April, the airfield was empty. This was the end for RAF Kelstern, and it closed in October 1945.

Very little remains today at Kelstern, and it is very easy to drive by the former airfield without noticing it's there. A memorial has been erected on a crossroads that leads to the former Technical Site. 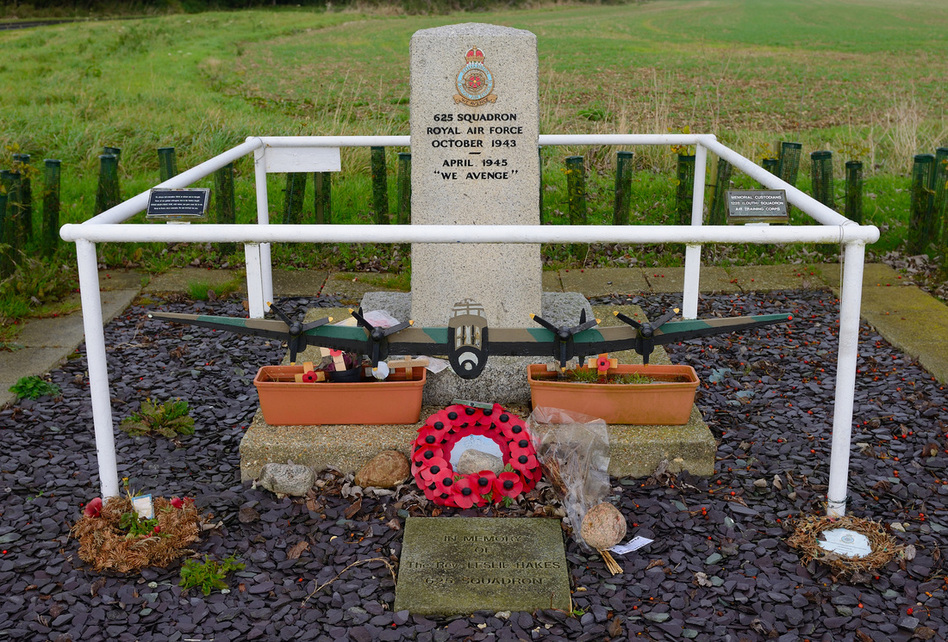 Memorial To No 625 Squadron - RAF Kelstern
Some of the remains at Kelstern are shown below. 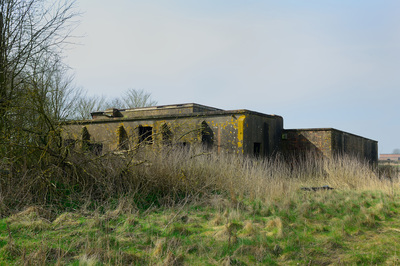 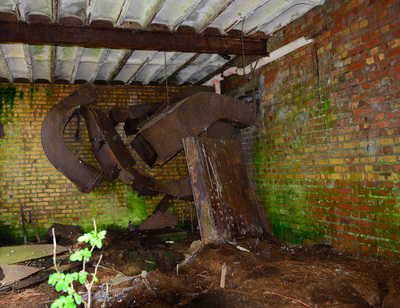 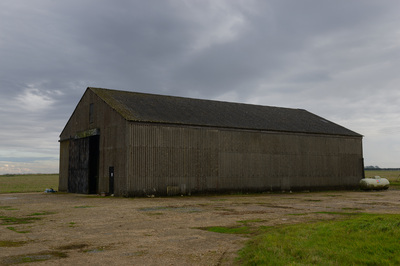 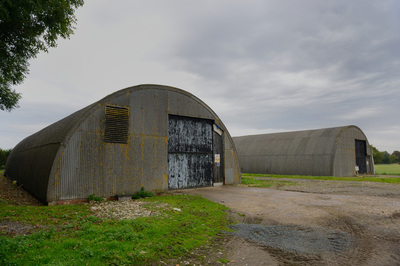 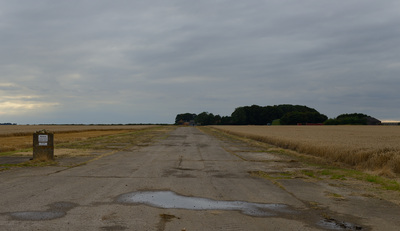 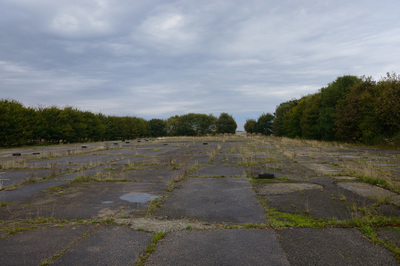