Located in the parishes of Welton and Dunholme, RAF Dunholme Lodge takes its name from a local farm, with Brickhill House located on Horncastle Lane being requisitioned for accommodation. The airfield was located three and a half miles from Lincoln on the northwest side of the A46 road and was a satellite of RAF Scampton.
​
Twenty-five pan hardstandings and fourteen loop type were constructed along the perimeter track. ​The Technical Site was located near Runway heads 22 and 34, close to the Lodge. The site accommodated one T.2 hangar with another located between heads 04 and 34. An additional B.1 hangar was to be found between heads 04 and 34.
​
There are very few remains of the runways at Dunholme Lodge except for small sections, as shown in the photos below.
​
Around Welton, seven domestic, two communal and the sick quarters were dispersed within the countryside, which was able to house over 2,000 personnel. ​In April 2016, some of the buildings survive in varying degrees of decay. 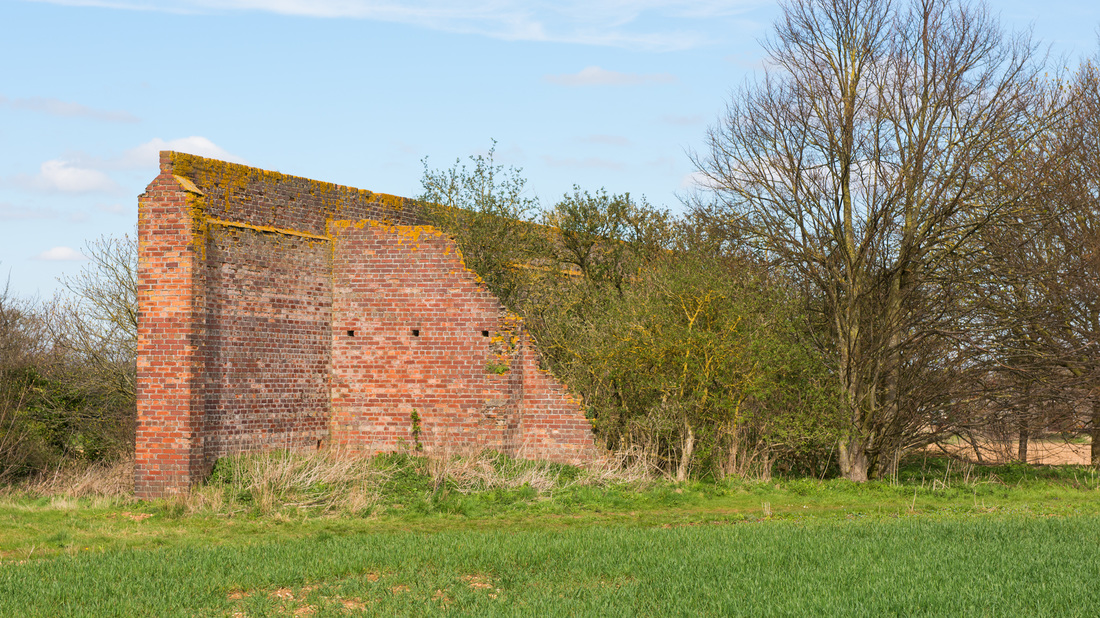 It was another eleven months before 44 Squadron was joined by 619 Squadron, who moved in from RAF Coningsby. Then, in September 1944, Dunholme was reallocated to 1 Group 15 Base with 44 and 619 moving out to RAF Spilsby and RAF Strubby, respectively.

October 1944 saw the arrival of 170 Squadron, which had recently reformed at RAF Kelstern with Lancasters for a short stay of a month before departing to RAF Hemswell.

The close proximity of Scampton caused problems for crews within Dunholme's circuit which overlapped with the formers. Setting up a joint circuit with Scampton caused further difficulties with holding times which suited neither airfield. It was therefore decided to close flying activities at Dunholme, and this happened on 29 November 1944. Bomber Command lost 120 Lancasters while operating from Dunholme Lodge to either enemy action or through crashes.

Work was undertaken on Hamilcar gliders, including the Mk.X prototype LA728 (above), a Bristol Hercules powered version of the aircraft. Tugs were used at Dunholme in the form of a Handley Page Halifax and an Armstrong Whitworth Whitley. The station was transferred to 28 Group Technical Training Command from 15 Base with the glider modification unit leaving in June 1945.
​​
After the war's end, the airfield was used to house the RAF (Polish) Record Office and three Polish Resettlement Corps. Dunholme closed in 1947 to re-open in 1958 as a Bloodhound missile site tasked with protecting the nearby V-Bomber stations at RAF Scampton, RAF Waddington and Thor ICBM sites. No 141 Squadron reformed on 1 April 1959 and took over control of the Bloodhounds before standing down on 31 March 1964, after which the airfield closed.
​
Over the following years, the former airfield was sold off and has now mostly reverted to agriculture. However, there are today many reminders in the local area to mark the airfield's existence.

​On 26 April 1944, Lancaster B.1 LL919 PG-W of 619 Squadron took from Dunholme Lodge at 21.32 hrs as part of an operation to bomb Schweinfurt. The aircraft crashed at Landeville in France with the loss of all crew. The memorial located at the former airfield at Dunholme Lodge incorporates one of the propeller domes from LL919 as part of its design. 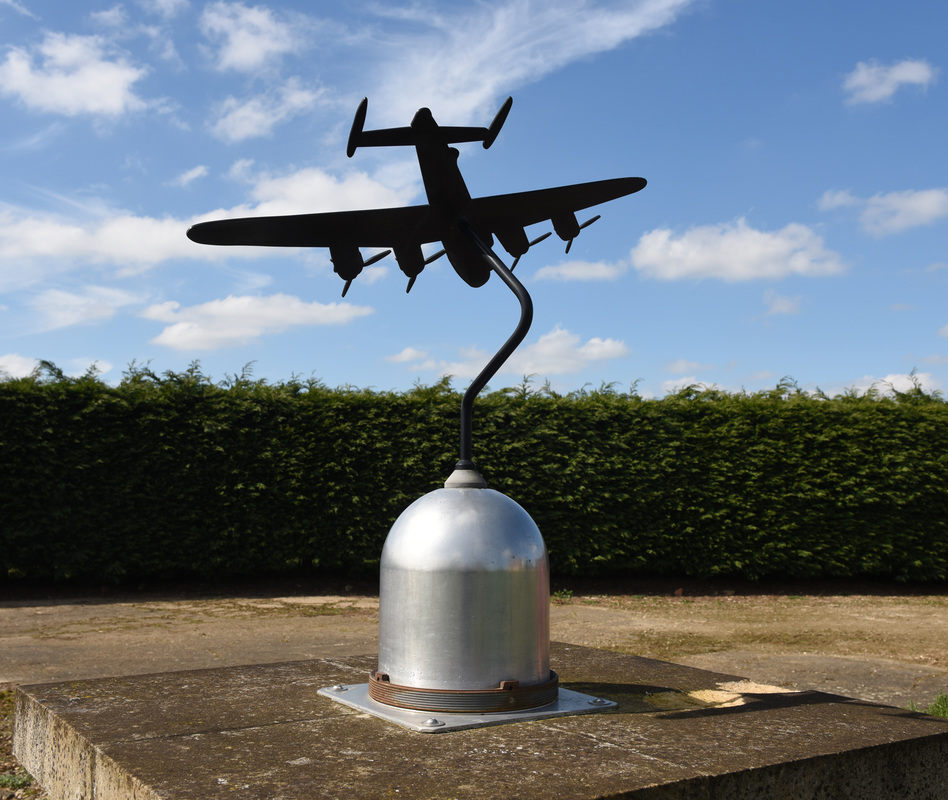 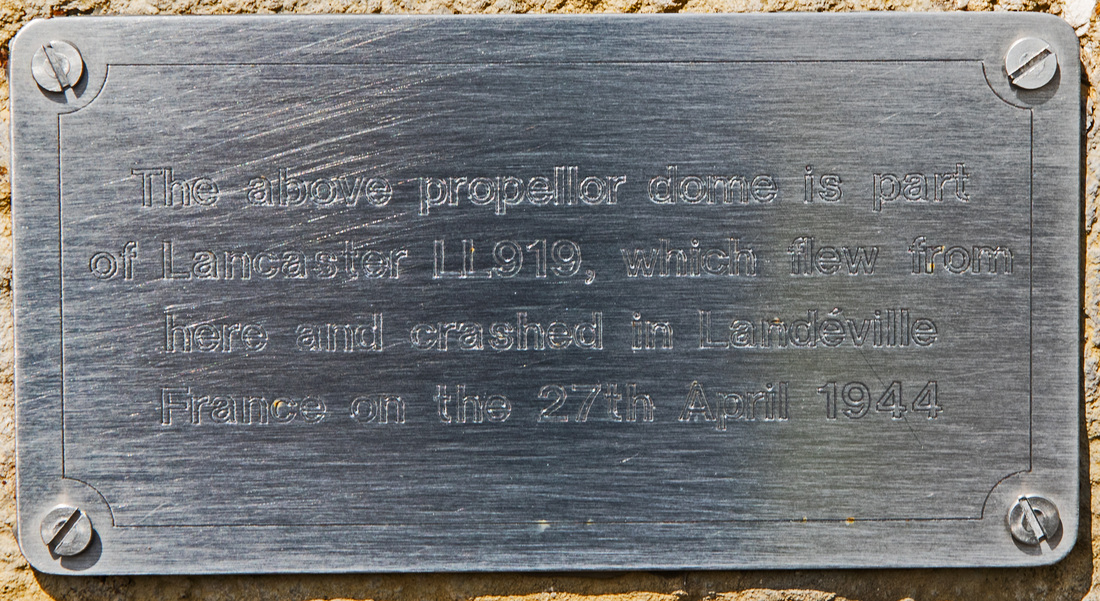 Located within the village church at Dunholme a memorial plaque to 44 Squadron can be found and is well worth a visit. ​​ 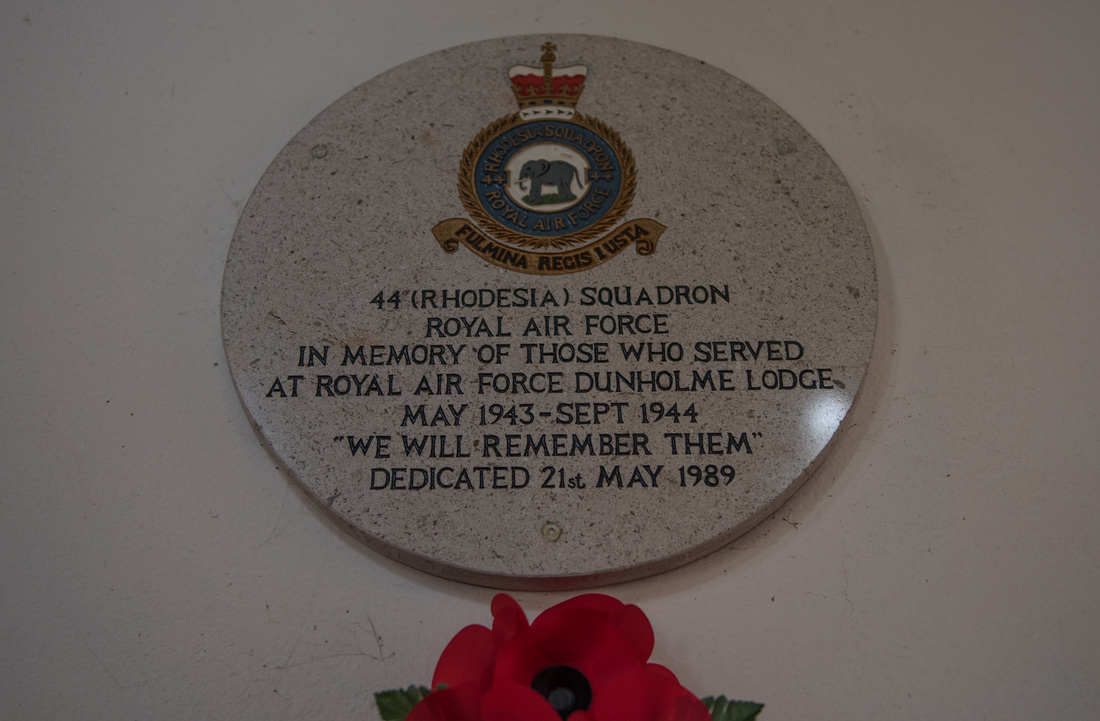 Within the William Farr Church Of England School in the village of Welton a further memorial exists with details available by following this link - ​www.visitlincoln.com
Part of Dunholme Lodge's involvement in the Cold War can still be seen in the form of remains of a Royal Observer Corps Underground Monitoring Post. 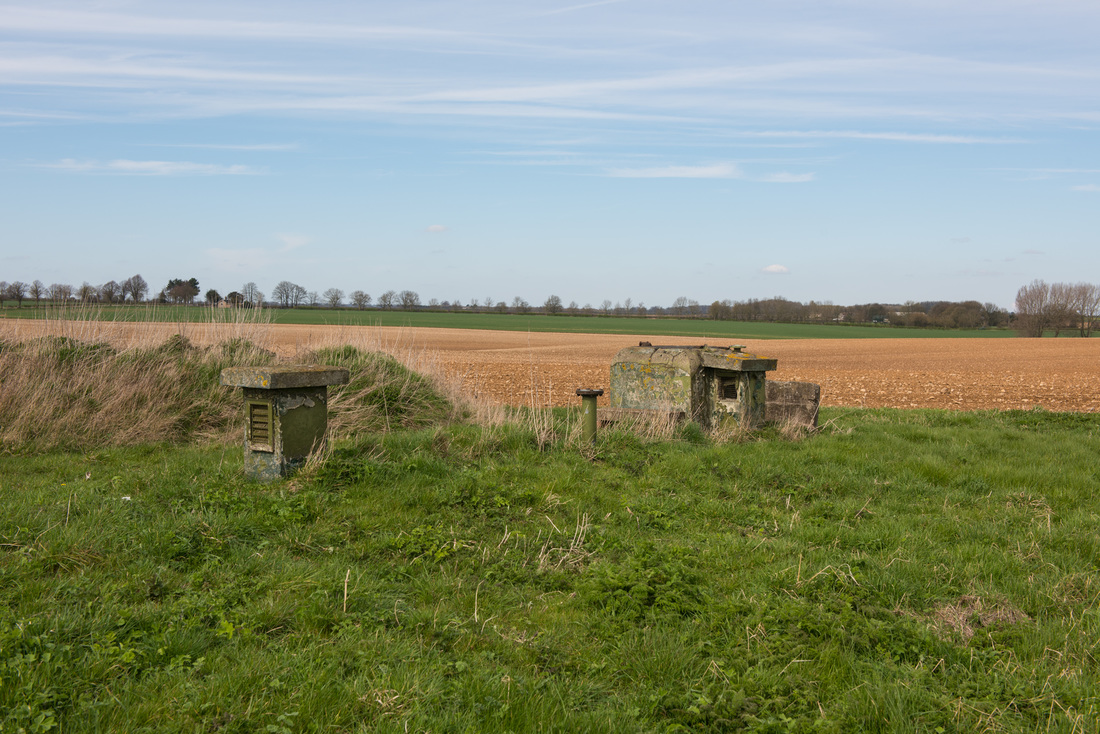