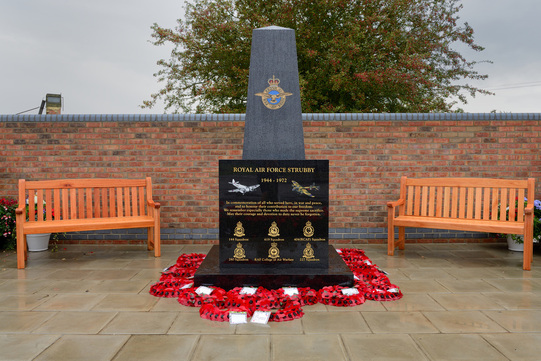 In a fitting tribute on the day, a flypast by the Battle of Britain Memorial Flights Lancaster PA474 and the Canadian Warplane Heritage Centre's Lancaster FM213 took place at 3pm over the airfield, which was Lincolnshire's closest to occupied Europe.

As the traveller drives along the A1104 to the east of the Lincolnshire Wolds where the road leads to the North Sea and the delights of Mablethorpe, an expanse of flat land will be passed near to the small village of Strubby. At this location, the decision was taken to build an airfield to serve Bomber Command's heavy bombers. RAF Strubby was a late addition in the airfield building programme in World War Two and had the distinction of being the closest Lincolnshire airfield to Europe's then hostile skies.

Strubby is located eight miles south-east of the market town of Louth and was built as a standard class A airfield with three runways, these being numbered 09-27 (2,033 yards), 03-21 (1,470 yards) and 15-33 (1,576 yards). In addition, three hangars were built, two T.2s and one B.1, together with 36 hardstandings. To the north lay the bomb store, the Technical Site was located to the south-west, and most of the communal site was dispersed in Woodthorpe parish. The airfield was home to 1,999 male and 402 female service personnel.
​
The airfield was opened on 13 April 1944. Two days later, it became a sub-station of 55 Base, 5 Group whose headquarters were located at nearby RAF East Kirkby. Although earmarked for Bomber Command, the first squadron to arrive at Strubby in May was one from Coastal Command's 16 Group, 280 Squadron flying Vickers Warwick I aircraft. Their task was to provide air-sea rescue using airborne lifeboats over the North Sea in the run-up to D-Day.
​
The Strike Wing disbanded in early September 1944, leaving Strubby and relocating to Banff in Scotland, with 280 Squadron vacating shortly after. Next in were the Avro Lancasters of 619 Squadron, who flew in from RAF Dunholme Lodge to continue operations over Europe. In all likelihood, the move was not welcomed by the crews or personnel, Dunholme certainly lacked comforts, but at least it was near the pleasures of Lincoln. Strubby, on the other hand, was austere, cold, damp, close to the North Sea and in the winter, a most uninviting place to be. Anyone who has been to the airfield will know there is no protection from the weather coming in off the sea to the east. A damp corrugated metal hut with just a small pot-bellied stove and a lack of fuel would not be very welcoming. Equally, working outside on a dispersal in the depths of winter would have been a challenge, but as often quoted in the RAF, "if you can't take a joke, you shouldn't have joined up".

619 Squadron's first mission was carried out on 4 October 1944 when five Lancasters dropped mines in Oslo fjord, with no losses. However, one Lancaster, LM681 crash landed at RAF Carnaby due to not being able to lower wheels or flaps, a result of enemy action. The first losses for 619 Squadron while operating from Strubby occurred on an operation to attack the Dortmund-Ems and Mitteland Canal system near Gravenhorst on 6/7 November 1944. Lancaster III LM742 PG-S took off from Strubby at 16.29hrs and was shot down by a night-fighter at 19.28hrs, three crew were killed, and four became POWs. Taking off two minutes after S-Sugar, Lancaster III NN723 PG-J later came down in the North Sea with the loss of all crew.

An interesting anecdote from 619 Squadron's Operational Record Book states that on the night of 3/4 March 1945, during a mission to the Dortmund-Ems Canal, a gunner from a Lancaster flown by Wg Cdr S G Birch claimed to have shot down a V-1 flying bomb near the target area. The flying bomb is likely to have been targeted at the port of Antwerp, and it was certainly an unusual event for a bomber to bring one down.

The last operation flown together by 227 and 619 Squadrons from Strubby took place on 25 April 1945 when six aircraft were detailed from each squadron to attack Berchtesgaden, Hitler's mountain retreat. One Lancaster from 619, LM756 PG-F, was shot down by flak with four crew lost and three becoming POWs.

619 Squadron carried out a further mining operation in Oslo Fjord, it's last, on 25 April 1945 with all aircraft returning safely. The war in Europe was now nearing its end, but there was still work to be done of a more peaceful nature as 227 and 619 busied themselves repatriating POWs, as well as keeping current with training flights.

In June 1945, the two squadrons left, 619 going to RAF Skellingthorpe and 227 to RAF Graveley. Ground units continued to use the airfield in connection with the proposed deployment of Tiger Force, but the surrender of Japan saw these preparations cancelled. In September 1945, Strubby was placed under Care and Maintenance.

In the post-war period, Strubby was used to store Lancasters prior to disposal. A new lease of life came in June 1949, when the airfield was allocated as a satellite to RAF Manby (Royal Air Force Flying College and later The College of Air Warfare), a role it retained until September 1972. Various aircraft types flew from Strubby during this time which included De Havilland Vampires, Avro Athenas, Gloster Meteors, English Electric Canberras, Hunting Jet Provosts, Vickers Varsitys, HS Dominies and Hawker Hunters. The airfield closed to military flying on 8 September 1972. The event was marked with a parade and a flypast by a Dominie and Varsity.

The airfield was put up for auction in March 1980 in four lots which realised £683,000. One part of the airfield retained a flying interest when Conoco operated helicopters supporting North Sea oil and gas operations. This operation continued until the late 1990s. Gliding continues at Strubby while part of the perimeter track is used for go-carting. The airfield still retains many of its wartime buildings. An imposing memorial was erected near the main gate in 2014 and information boards, giving the casual onlooker insight into the airfield's history.

The following shots were taken in November 2011. It was a freezing clear winters day, perfect for exploring a former Bomber Command airfield with all its memories and ghosts. 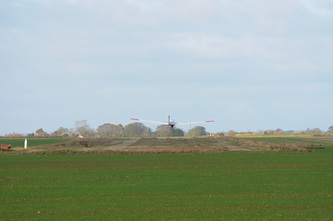 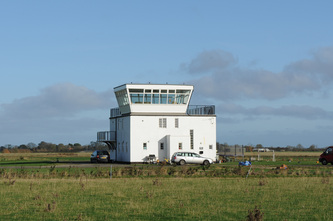 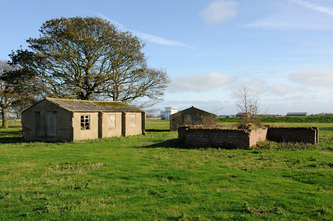 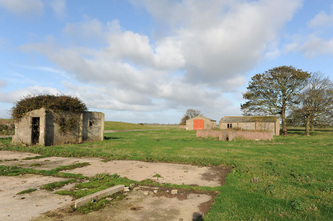 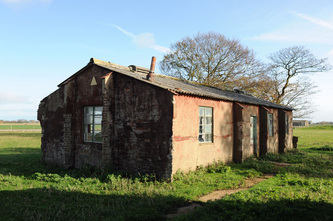 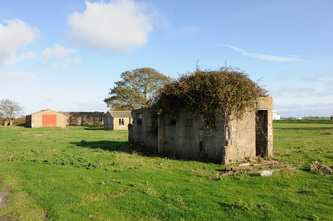 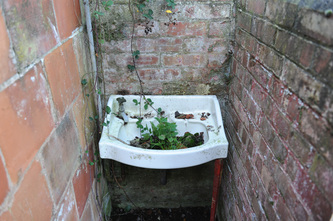 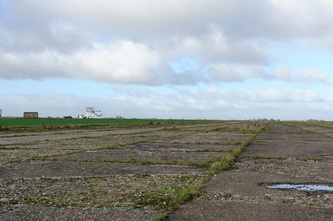 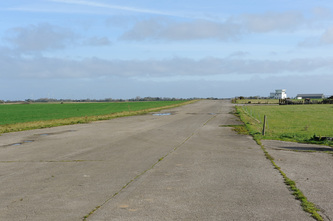 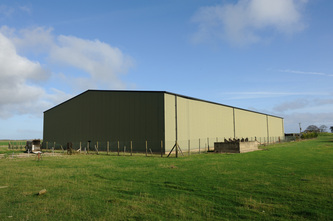 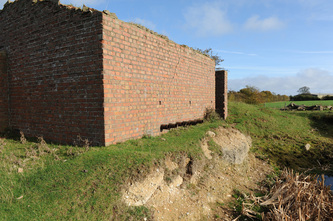 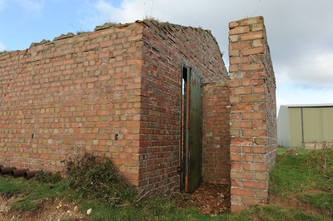 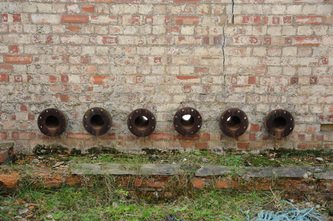 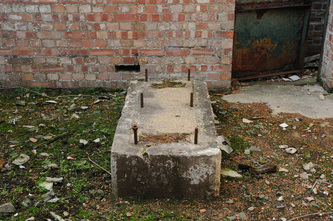 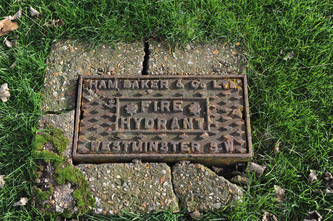 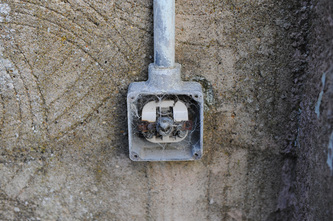 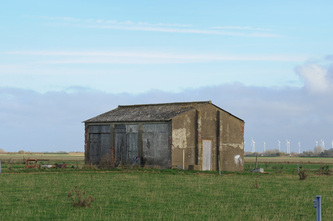 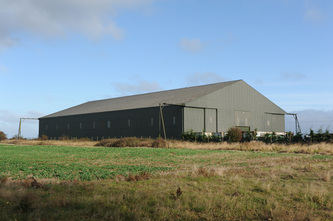 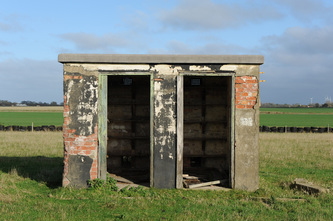 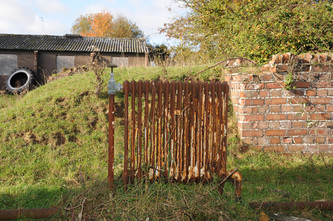 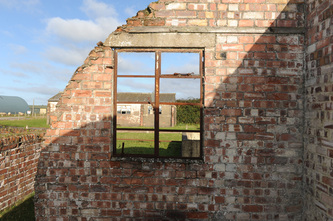 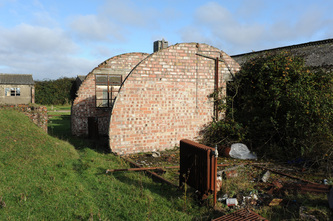 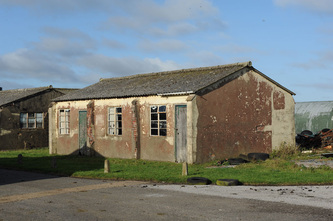 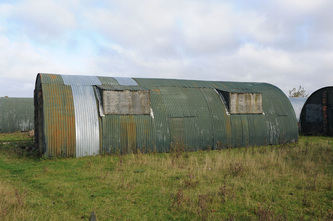