After nearly 40 years of service, time has finally caught up with the Westland Lynx, one of the UK’s most successful helicopter designs. Although still a very capable airframe the Lynx has now been replaced in service by the Westland Wildcat, which with its uprated engines, avionics and enhanced capability, will take the Army Air Corps (AAC) and Fleet Air Arm (FAA) forwards with regards to the future of land and sea based operations.
​
​In July 2015 the AAC retired its last remaining Lynx AH.7s followed by the FAA, whose Maritime variants were decommissioned in March 2017, leaving one squadron of Lynx AH.9As in service with 657 AAC, based at RAF Odiham in Hampshire.
​
One of the helicopters, ZG917, was especially painted for the day with special art work that commemorated 75 years of 657 Squadron as well as a very striking depiction of a Lynx. The other three AH.9As in the Formation were ZF537, ZF538 and ZG918.

As part of the farewell tour a photo-call was held at Upavon in Wiltshire, where the four AH.9As of Valhalla Formation can be seen in the accompanying images. 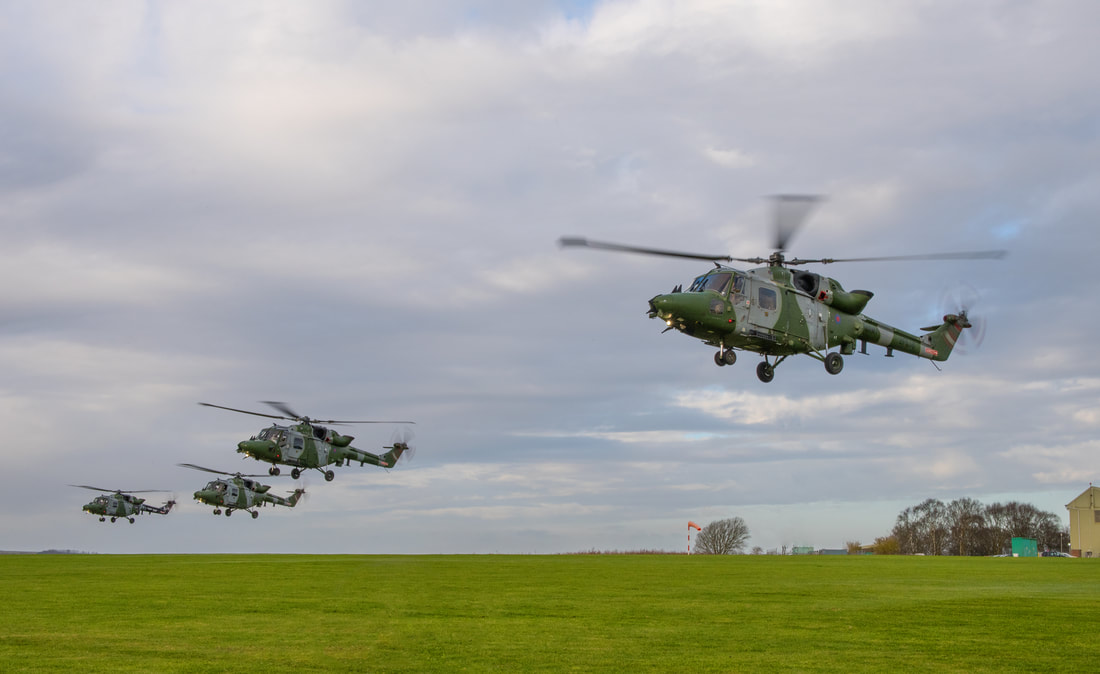 Valhalla Formation arrives at Upavon at the start of the photo-call. 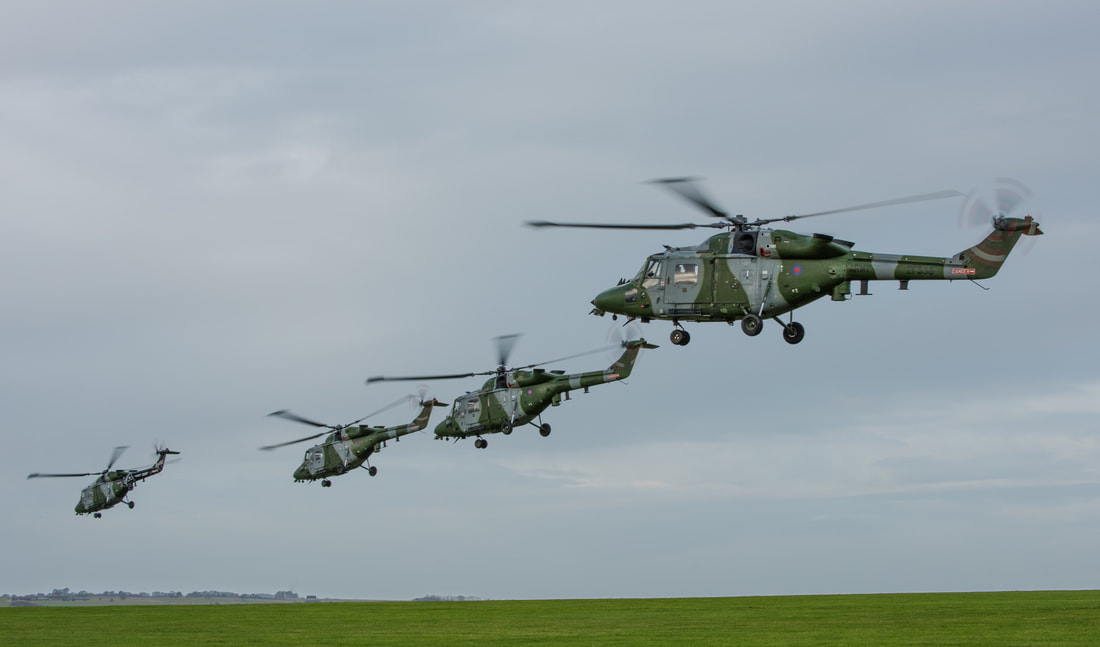 Departure of the formation as they continue their tour, with the next destination Wareham in Dorset.