Located in Hampshire, Southern England, Middle Wallop has had a long association with military aviation. From its opening in April 1940, it continues to be an active front line airfield and today is Headquarters to the Army Air Corps. It also houses a number of Army Air Corp (AAC) helicopter squadrons and is home to the Army Flying Museum.

The Museum aims to chart the history of soldiers in the air and has recently gone through an extensive refurbishment. The layout of the site has changed, but is similar to that shown in the photos below. The centre houses an extensive collection of former AAC aircraft, gliders, helicopters, exhibits and dioramas.

The Museum is ideally located next to the active airfield, and on most weekdays, flying can be observed. In The Apache Cafe, there is even information detailing departures and arrivals that are expected for a given day.

The British Army started using gliders during World War Two having seen their effectiveness when utilised by the German Army during the Battle of France. In May 1940, Winston Churchill ordered that the first Army Air Corps be created. This unit was made up of The Glider Pilot Regiment, Parachute Regiment and The Special Air Service. As well as delivering soldiers, gliders were used to transport ammunition, jeeps, tanks, and supplies to the area of operation. Glider designs current at the time would have been the Airspeed Horsa, General Aircraft Hotspur and Hamilcar.

Gliders were towed to their assigned target area by tug aircraft, typically war-weary Stirling, Whitley or Halifax aircraft as well as C-47s and then released to make their final approach, often resulting in a crash landing. The first use of gliders was an attack on the German heavy water plant at Rjukan in Norway. Codenamed Operation Fleshman, the attack was not a success primarily due to the bad weather conditions to which the force was subjected.

The Allies first significant use of gliders was during the invasion of Sicily in July 1943. Then, on 6 June 1944, the force went on to take part in D-Day with the successful assault on Pegasus Bridge and the subsequent invasion of France. Gliders were also used in the unsuccessful Operation Market Garden in September 1944, where an attempt at the Dutch town of Arnhem to secure a bridge across the Rhine failed due to the Parachute Regiment not being reinforced in time to hold out against a superior German force. The last use of gliders took place in March 1945 during Operation Varsity when an assault on the Rhine was undertaken.

Due to their construction, gliders have not survived well into preservation. However, the Museum has a number of replicas and fuselage sections representing some of the gliders used during the war.
Air Observation Post (AOP)

Despite their fairly benign appearance, these small light aircraft could strike fear into the heart of the enemy. AOPs were the eyes of the artillery and could bring down devastating firepower on opposing forces. During World War Two, AOPs were flown by both RAF and Army pilots. In 1957 when the Army Air Corps (AAC) was formed, the role was taken on by AAC pilots, with fixed-wing aircraft being replaced with helicopters. 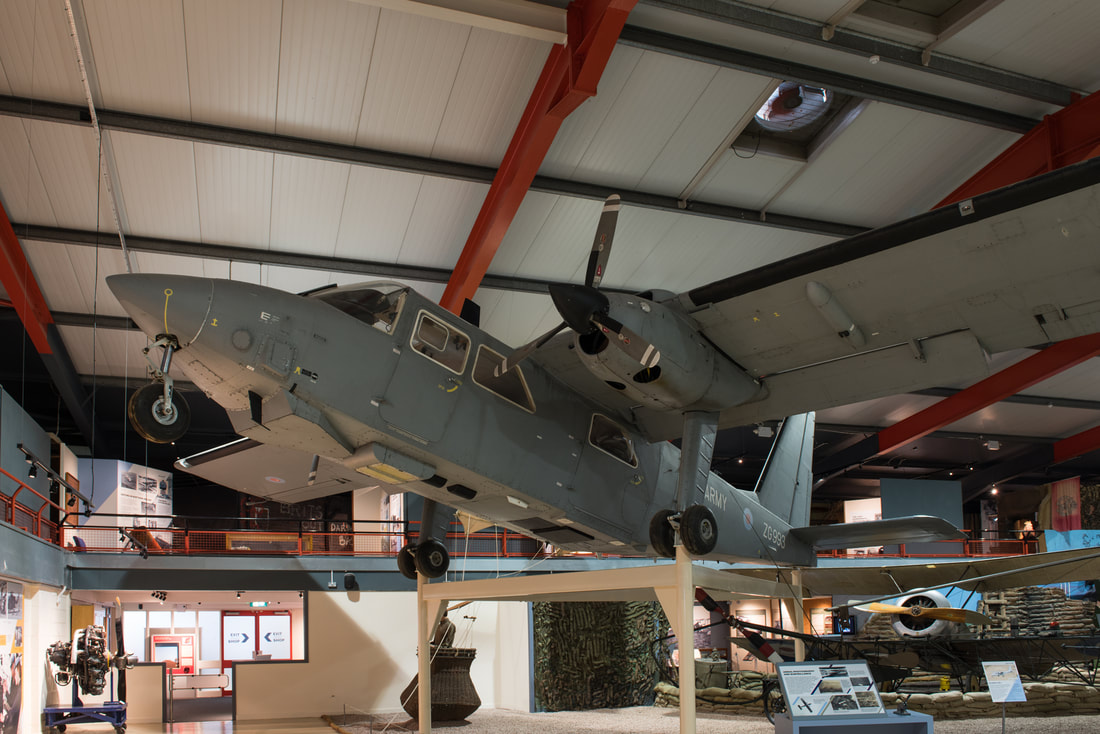 Military helicopters first started to appear towards the end of World War Two. Over the years since then, helicopters have gone from the simple pistons engine designs such as the Sikorsky Hoverfly and Bell 47 to today's sophisticated gas turbine-powered types such as the Apache and Lynx Wildcat.

AAC helicopters were used throughout the Cold War and were primed and ready to take on the hoards of Warsaw Pact tanks that were expected to flood through Germany in the event of an attack. Scout, Lynx and Gazelle helicopters were armed with SS.11 and TOW missiles and would use "nap of the earth" tactics to avoid detection and launch attacks. In addition, the AAC was involved in many post-war conflicts such as Aden, Borneo, Northern Ireland, the Falkland and both Gulf Wars.

Examples of the types flown by the AAC are displayed at the museum, as shown below.
Training

Basic flying training has and still takes place at Middle Wallop for both fixed and rotary-wing aircraft. Between 1969 and 1981, helicopter training was undertaken by Bristows using Bell 47s. From the early 1950s until 1997, De Havilland Canada Chipmunk aircraft were employed for fixed-wing training. The Chipmunk was an aircraft that introduced many AAC and RAF pilots to their service careers.

There have been some quite strange ideas for getting soldiers into the skies. Although these peculiar craft were tested and flown, they never went into service when it became clear gliders were far more practical.

​The Museum has a number of dioramas that record the history of soldiers in the air and Middle Wallop airfield, which is depicted below, showing its role in the Battle of Britain.

Middle Wallop was active from the early days of World War Two and has a long association with military flying. A history of the airfield can be found by clicking on the link below - 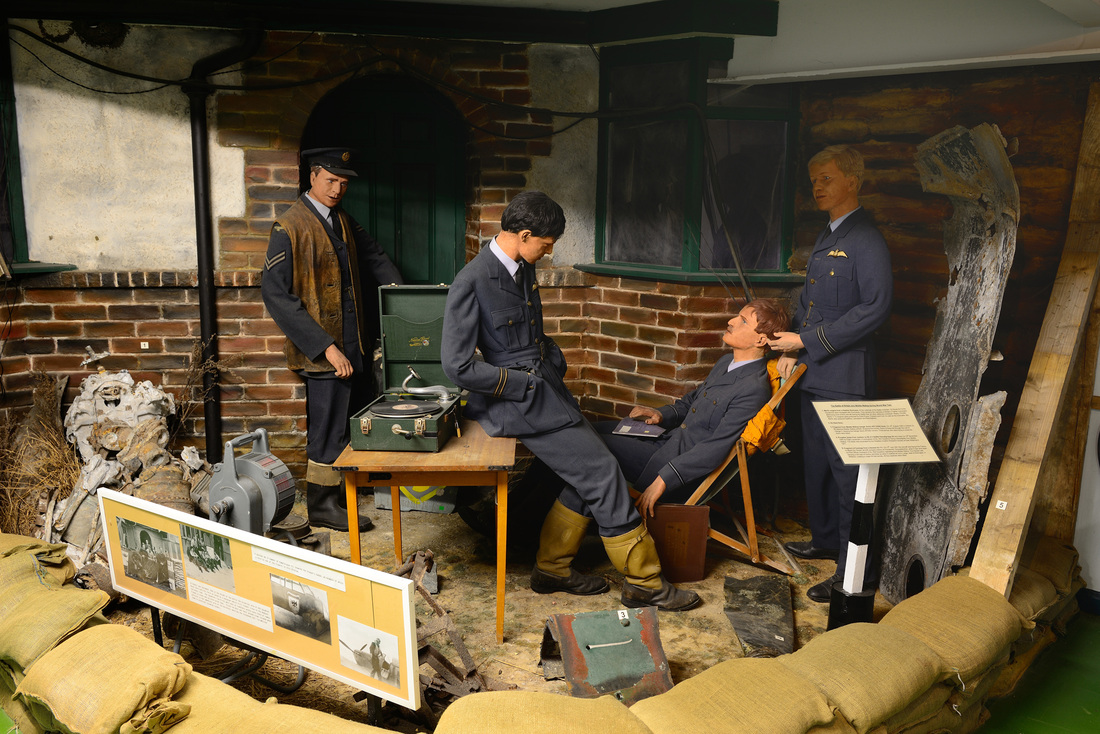 Below are shown two items of captured equipment on display at the museum brought back from the Falklands and Gulf War.
​
Gate Guards

Located at the entrance to the museum.