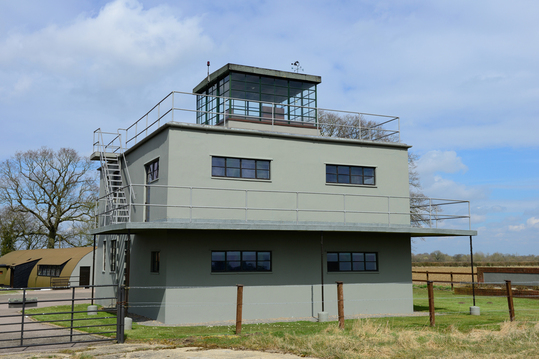 Thorpe Abbotts Watch Tower
Thorpe Abbotts was home to the Bloody Hundredth, a B-17 Flying Fortress Group which gained notoriety because of the high losses it suffered during combat missions over Europe.

The 100th took up residence in June 1943 and stayed until December 1945. In this time 306 missions were flown from Thorpe Abbotts. Their B-17s were marked by a D on the aircraft's tail. 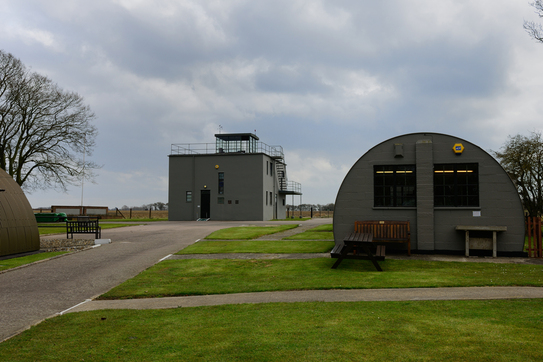 To commemorate Thorpe Abbotts and all who served there, a museum has been established at the site of the former Watch Tower.

The museum houses a fascinating set of artifacts, memories and items from the airfield's past and is highly recommended for a visit.

Details of the museums website can be found here - www.100bgmus.org.uk
Some of the former airfield buildings and runway survives as shown below.