RAF Windrush is located 4 miles west of the Cotswold town of Burford and came into operational use in the early summer of 1940 as a Relief Landing Ground (RLG). The first unit to use Windrush was 15 Service Flying Training School (SFTS), under the command of 23 Group Training Command, South Cerney. The aircraft that initially flew from the airfield were North American Harvards and Airspeed (AS) Oxfords, who were to be seen carrying out take-offs, circuits, and landings.
​
​Conditions at Windrush were somewhat primitive, with just a few Nissen Huts to provide basic facilities for personnel. The huts would have been heated by pot-bellied stoves fired by coke, always in short supply on RAF bases. In a harsh Cotswold winter, there would have been few who would relish such accommodation, where wet clothing would be difficult to dry and sleep would often be curtailed by extreme cold.

The airfield was available for both day and night flying, with the runway marked by gooseneck flares. It was also used by 6 SFTS under the control of 23 Group Training Command, with the unit flying Avro Ansons and AS Oxfords from Little Rissington. One of Windrush's most well-known incidents was to take place the day before 6 SFTS assumed control of the airfield.

​On the night of 18 August 1940 (known as the Hardest Day during the Battle of Britain), the Luftwaffe were in the skies above Gloucestershire having on this day launched a number of attacks on airfields in Southern England. In the evening, 50 German bombers crossed the English coast and began prowling through the skies, looking for targets of opportunity. It was on this evening that 26-year old Sergeant Pilot Bruce Hancock was airborne over Windrush in Anson I L9164, undertaking his final night solo flight before qualifying.
​ 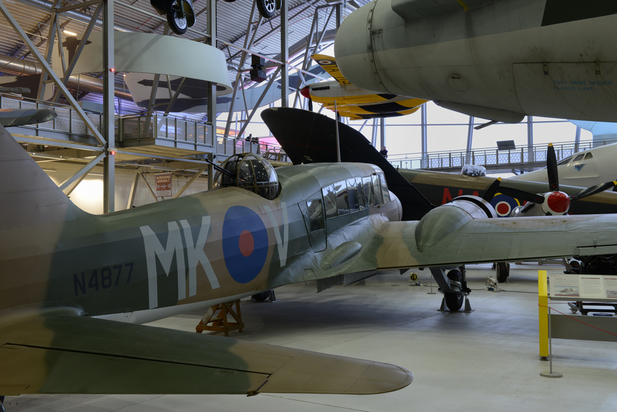 Avro Anson I N4877
​Attracted by the airfields flarepath (which they may have mistaken for Brize Norton), Heinkel He111P (1408) of 5/KG27 dropped ten 50kg bombs which caused no damage. The bomber then caught sight of the Anson flown by Sergeant Hancock and gave chase. Closing with the unarmed aircraft, the Heinkel's front gunner opened fire, an event seen by observers on the ground. As the pursuit continued, the Anson pulled up and crashed into the bomber, with both coming down near the airfield at Blackpits Farm. All on board were killed. Hancock's body was not found until the next day, lying 100 yards from the wreckage of his aircraft. He was interred in Hendon Cemetery, the Heinkel crew were buried in Northleach churchyard and subsequently reinterred at Cannock Chase German Military Cemetery, Staffordshire, England. The German crew were listed as: Oberfeldwebel Alfred Dreh, Unteroffizier Richard Schmidt, Unteroffizier Herbert Rave, Unteroffizier Ewald Cohrs.

It is to this day not known if Sergeant Hancock deliberately flew his aircraft into the bomber or if he was hit by gunfire that may have caused him to lose control of the Anson. However, it is alleged that he once told his brother-in-law, he would be quite prepared to deliberately ram a German aircraft if he had to. Whatever happened, Hancock is remembered both at Windrush's Watch Office and the Church of St Peter within the village. 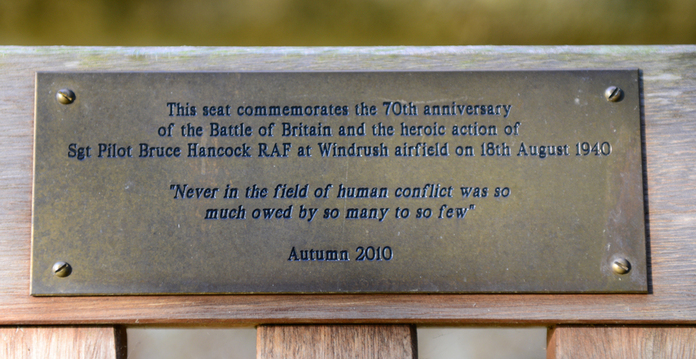 ​The Luftwaffe mounted further attacks on 2 and 11 September 1940. Neither the airfield nor its facilities were hit, and no damage was sustained. 6 SFTS continued to use the site and were joined in 1941 by 2 SFTS from Brize Norton, again flying Harvards and Oxfords. Windrush was being worked at full capacity at this time, and it was inevitable that accidents would occur due to the level of activity. During 1941 seven Oxfords were involved in accidents, usually due to incidents during take-off and landing. One such occurred on 30 July 1941 involving Oxford II W6619. During a dual night circuit, the pilot overshot the flarepath and prepared to carry out a go-around for a further attempt to land. However, as he climbed away, he retracted the flaps too soon, and the aircraft struck a tree, resulting in the death of the pilot LAC William Christie and injuries to the instructor.

In 1942 Windrush was upgraded with a concrete perimeter track laid, the installation of two runways using Sommerfeld tracking, and the construction of a Watch Office. In addition, a number of Blister hangars were erected along with other buildings, which formed accommodation and instructional sites at the airfield.

In April 1942, 6 SFTS changed its name to 6 (Pilots) Advanced Flying Unit and flying continued at the usual busy pace. Training continued throughout 1943, 1944 and into 1945, however, with the end of hostilities in Europe, it was eased back at Little Rissington, which entailed Windrush was no longer required. As a result, the airfield closed as a flying station on 12 July 1945, after which it reverted back to agriculture.

Parts of the airfield can still be seen today, and the following photographs show some of what was left in 2013.
​ 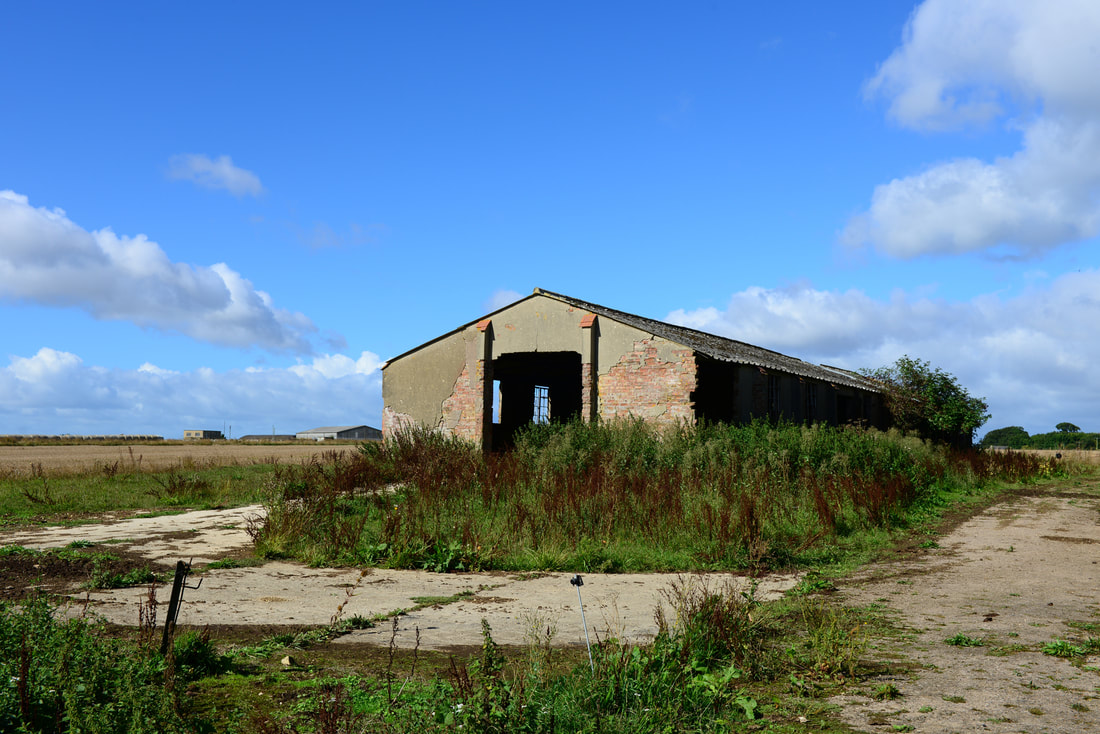 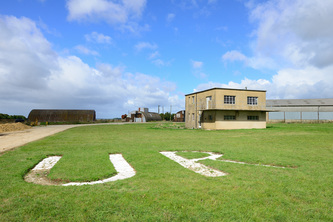 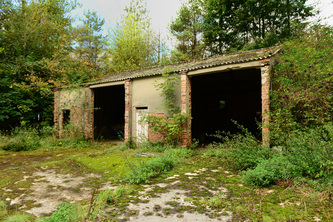 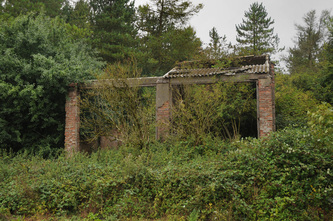 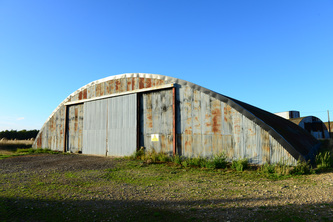 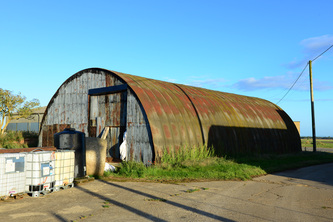 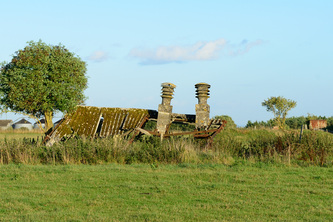 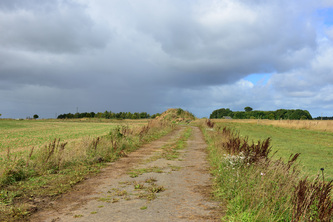 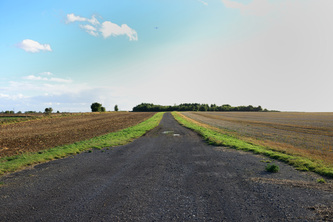 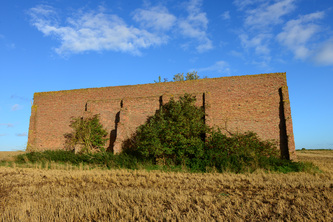 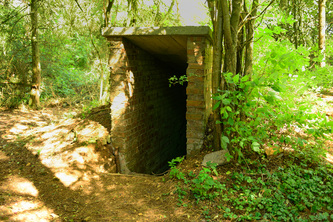 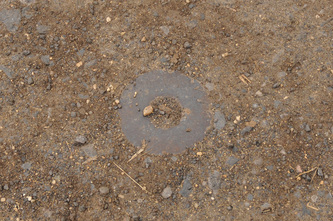 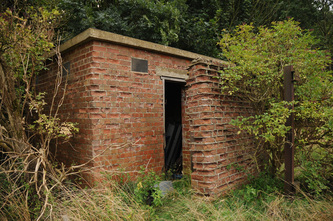 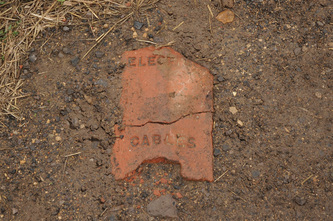 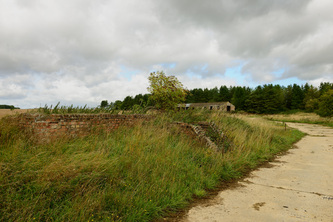 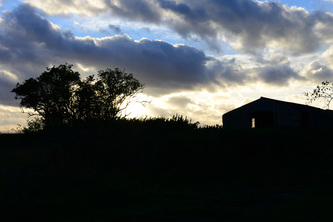 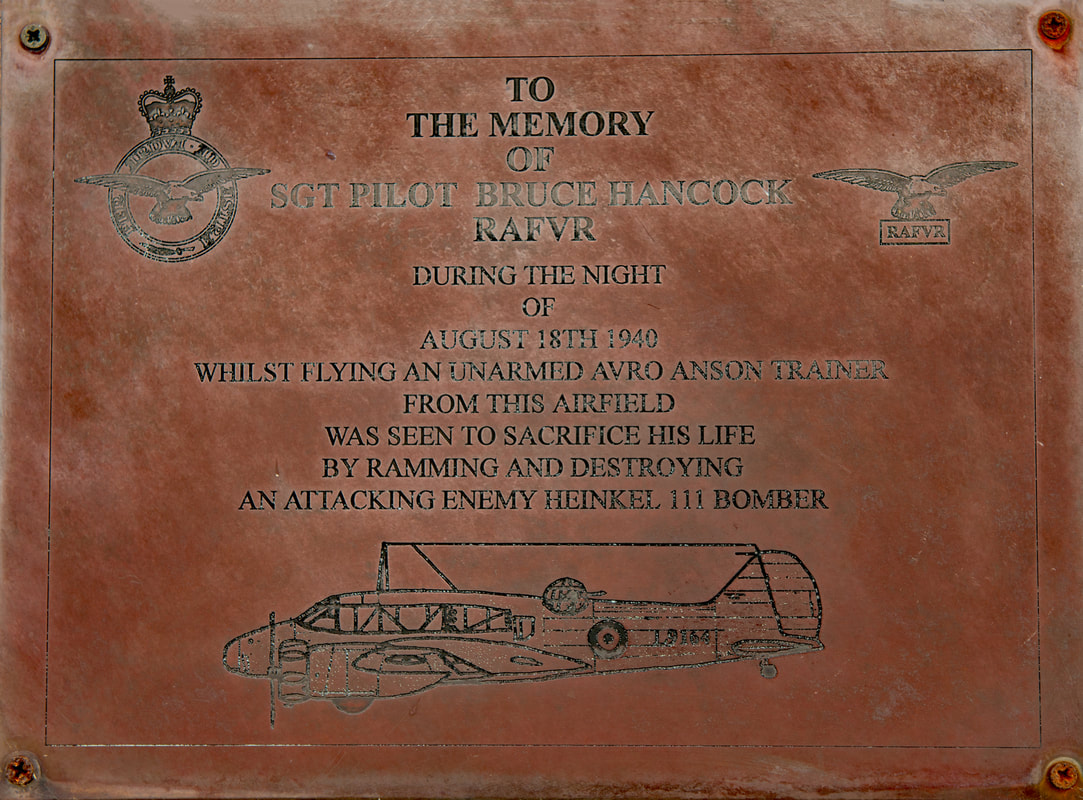