Airfield Code Letters - LZ
​
Lymington Advanced Landing Ground is situated about a mile east of the town of Lymington in Hampshire. Two temporary runways were laid with Sommerfield Track, one aligned west-east at 4,800ft and the other north-south at 4,200ft. In addition, several blister hangars were erected together with limited maintenance facilities. During March 1944, the American 50th Fighter Group from the 9th Tactical Air Force moved in.

​Little in the way of home comforts existed at the airfield. Headquarters staff found themselves in the more fortunate surroundings of nearby requisitioned houses while lower ranks would be accommodated in tents, but at least the weather would be improving given the time of year.
​
On 10 June, a Staffel of Messerschmitt Bf 109s was encountered, with three being claimed as shot down for the loss of one Thunderbolt. In total, six P-47s were lost flying from Lymington, which equalled the kills claimed by the 50th for their time flying from the airfield.

The Group finally left Lymington in the middle of June 1944 for the newly constructed strip A-10 at Carentan in France. After a period of operations, some of the squadron pilots were due leave and on 2 July 1944, five of them left Carentan in Cessna Bobcat 43-7538. The flight ended in tragedy, an account of which can be found here: www.airshowspresent.com/ampfield-memorial

In early July 1944, only a small holding party remained at Lymington, with just an occasional emergency landing taking place. With such little activity, the field was de-requisitioned with the tracking and most of the facilities removed. By spring 1945, the site had returned to agriculture.

Very little remains today to show the airfields contribution to the allied war effort. The North-South runway still exists, but there is no sign of the East-West. One blister hangar is still in-situ and appears to house a light aircraft, so flying does continue here.
​ 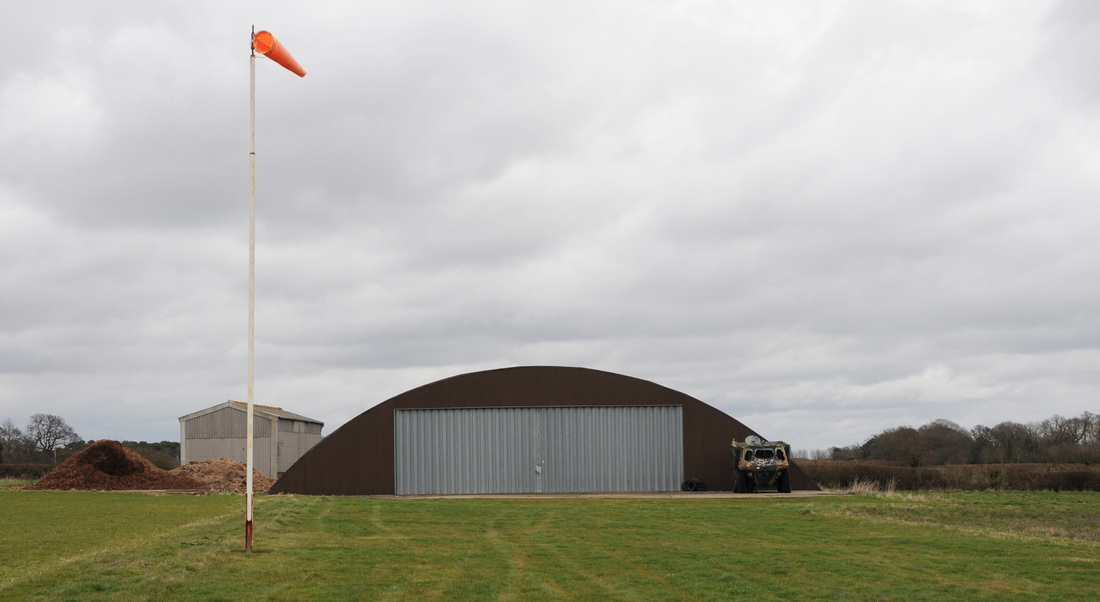 A memorial to the airfield's brief existence can be found near Lisle Court. ​ 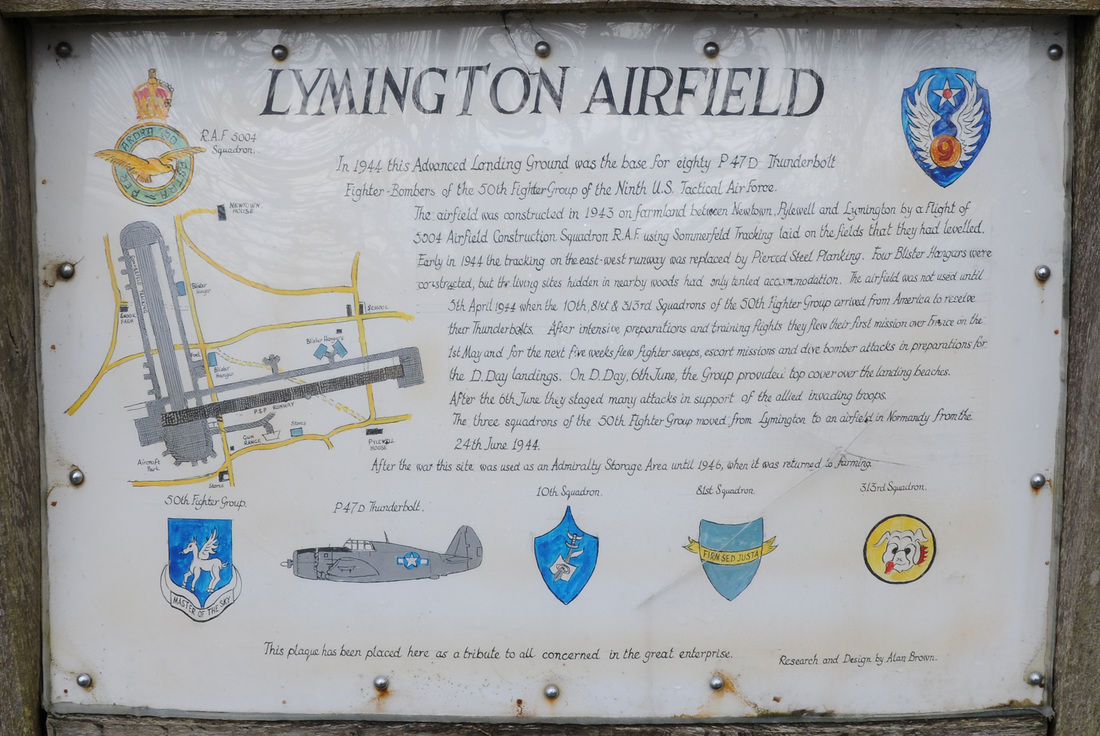