The four helicopters toured sites associated with the type, including Portland, the Naval Air Station where the maritime Lynx was stationed for over half of its service life, before relocating to RNAS Yeovilton in 1999. Also overflown were Devonport, Filton, Weston-Super-Mare, Fleetlands, Portsmouth Harbour, Odiham, the Isle of Dogs, Middle Wallop, Boscombe Down and Compton Abbas.

One of the Lynx in the formation, XZ689 (314), first flew in December 1978, making it one of the eldest surviving of the type that is still in an airworthy condition.

During its service life, the maritime Lynx has seen its fair share of operational flying with involvement in the Falklands War and Operation Granby (The First Gulf War).  During more peaceful times, the maritime Lynx could be found serving aboard Royal Navy ships on deployments that spanned the globe.

​The Lynx 8s successor, the AW159 Lynx Wildcat, is now coming on strength at Yeovilton and will continue in the role that the maritime Lynx has undertaken for over forty years. Although the name Lynx is the same, the Wildcat is a very different airframe with only 5% commonality between the old and the new.

​The photographs show the Lynx formation landing back at Yeovilton at the conclusion of the farewell flight.
​

Decommissioning Of The Maritime Lynx ​
At the end of the solo display, the landing was the last undertaken by a Lynx in Fleet Air Arm service. 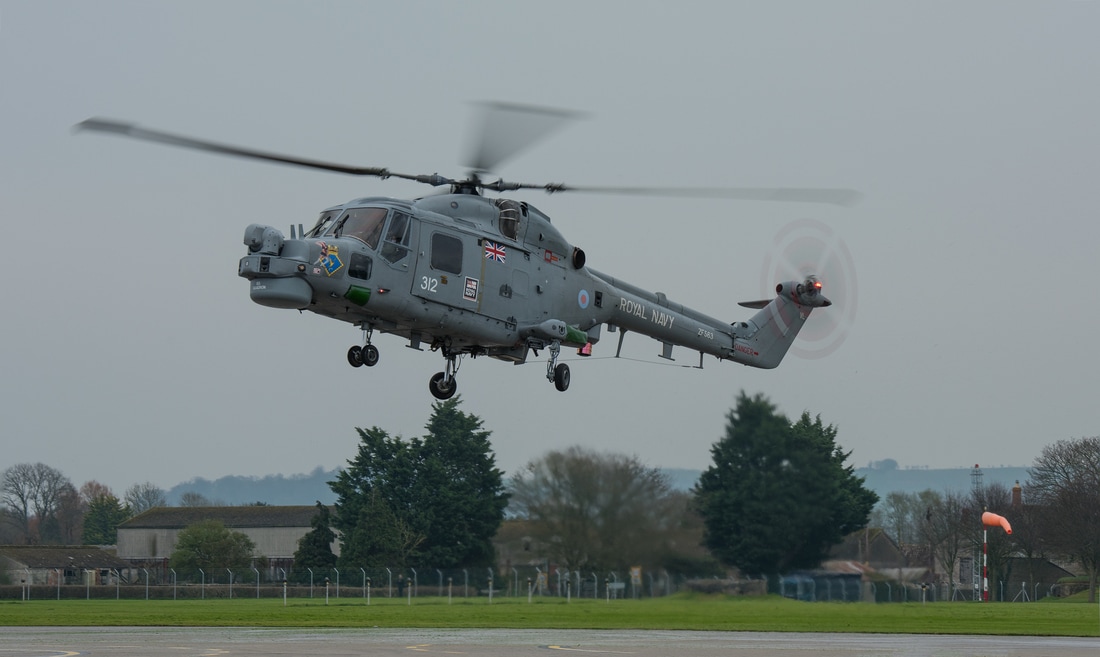 The event was closed by a decommissioning ceremony held in 815's hangar. This day marked the end of 41 years of service of the maritime Lynx in Royal Naval service, with some 490,000 hours flown by the type. 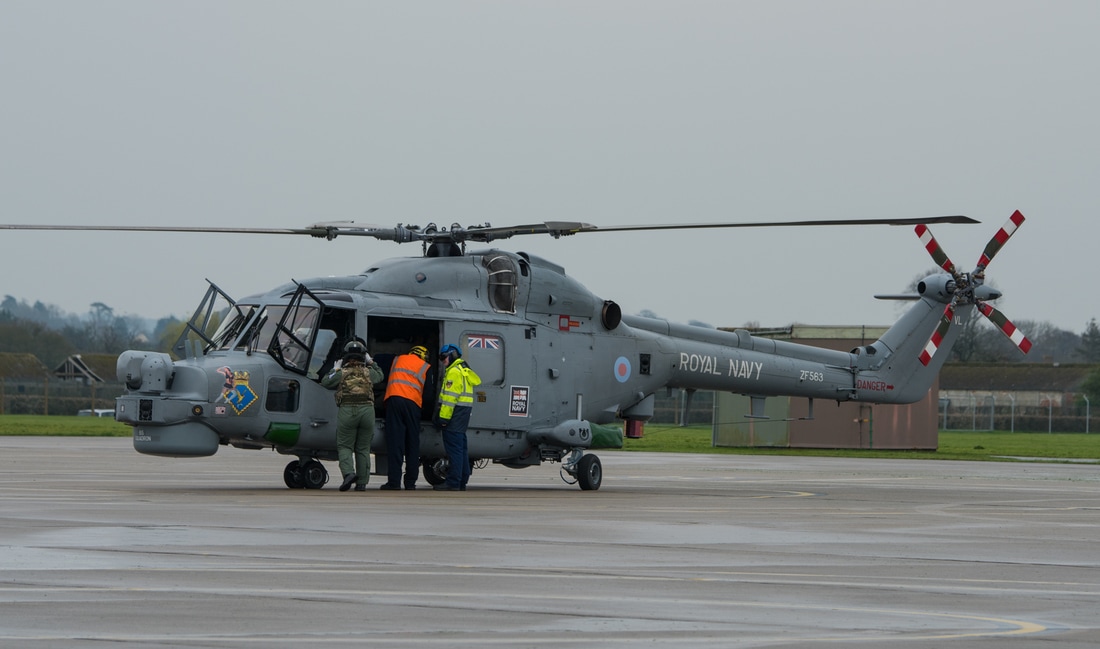 ​
​After the decommissioning ceremony, guest of honour, Fleet Commander Vice Admiral Ben Key (former Lynx Observer), flew in Lynx 8 ZF563 to rendezvous with HMS Ocean off the Cornish Coast. The ship was returning from a six-month deployment, and the opportunity was taken for the Lynx to welcome the ship home and also perform one last deck landing in the process.

​Late in the evening of 23 March 2017, ZF563 recovered safely back to Yeovilton under cover of darkness, and with this final landing, Fleet Air Arm maritime Lynx operations were indeed at an end.

​With thanks to Chris Cannon - www.simplyplanes.co.uk for the invite to the event.