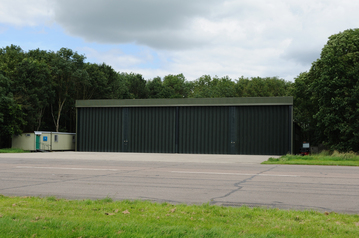 It's 1pm on a Sunday in the late 1970s, a time when the Cold War was still at it height. Families are sitting down to the traditional Sunday lunch and all appears quiet and normal.

On a fighter airfield in the east of England all too is quiet with the just the sound of skylarks, as they ascend into the blue sky with their insistent song ringing out.

The Quick Reaction Alert (QRA) sheds are closed and nothing stirs on the airfield on this Sunday afternoon. The airfield is deserted and could almost be abandoned. 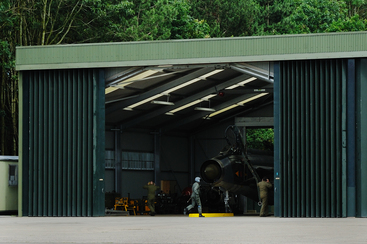 Suddenly there is a flurry of activity as a klaxon sounds. Air and ground crew rush out of the adjacent crew room. The QRA shed doors are opened to reveal the purposeful shape of an BAC F.6, fully armed with Firestreak missiles. 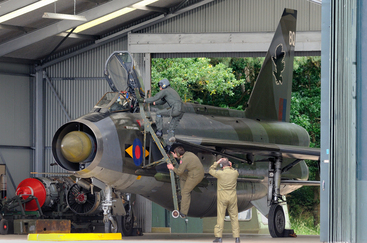 The pilot ascends the steps and straps himself into the cockpit with help from the ground crew. 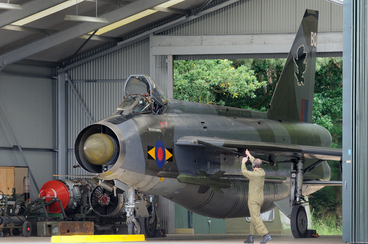 The hiss of the Avpin starters can be heard followed by the increasing whine of the Rolls Royce Avon 302's as they spool up and the fighter is ready to taxi. 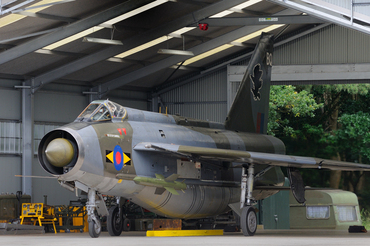 The pilot is told that an unidentified contact is being tracked 80 miles off the east coast and he is to intercept and identify. The canopy closes there is a burst of power and the Lightning is out of the shed onto the taxiway. 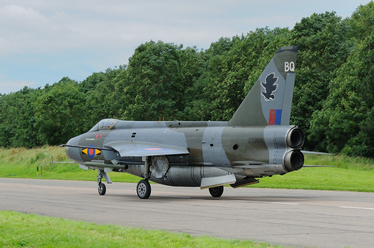 Quickly the fighter gathers pace until it joins the main runway. 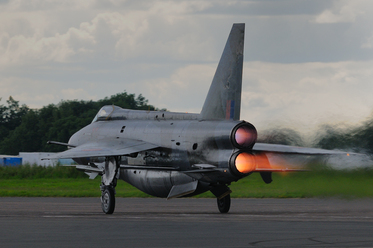 Once on the main runway full power with afterburner is applied and the F.6 accelerates rapidly. The quiet of the English countryside is ripped apart by the sound of the Avon's at full power. Just as quickly all returns to silence of an English Sunday afternoon. 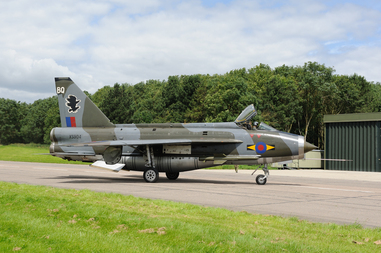 A little later the pilot calls up and says he is in formation with a Badger at 25,000’ and requests instructions. He is told to shadow the aircraft and report its tail number. The Badger carries on its track and the Lightning pilot is told to return to base. The Lightning is next seen taxying back to the QRA shed where the ground crew await their charge. 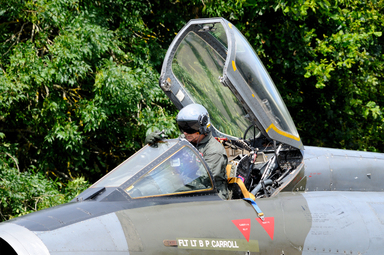 Mission over, the pilot raises the Lightning's canopy. 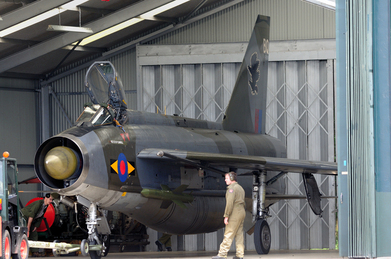 The Lightning is pushed back into the QRA Shed ready for the next time hostiles encroach on UK Airspace.
This re-enactment was a familiar scene in the 1970s and 80s, but all the above took place on 15 July 2012. I was lucky enough to attend the Lightning Preservation Group (LPG) event at Bruntingthorpe, where this Lightning QRA was re-enacted. I can honestly say I have never seen such a well prepared and executed event as I witnessed on the day. Judging by the reaction of the crowd, I think they were of a similar opinion. The running commentary between the Controller and pilot further added to the general atmosphere that was prevailing at the event and made it even more realistic.

A huge well done to all at the LPG and all those at Bruntingthorpe who organised this truly impressive display and for the superb fast taxi runs that also took place. I hope the QRA is again on the cards for the future as I will be making a return visit.

Video of the event can be found by following this link -