The crew of the aircraft were -


Spitfires of 234 Squadron from Middle Wallop made the interception, the pilots being Squadron Leader O'Brien and Pilot Officer Bob Doe. P/O Doe visited the site of the crash and was horrified when he saw the remains of the crew and the results of the interception, he vowed there and then never to go and witness the outcome of such an action again.

An element of mystery surrounds the crash as there appears to be no known burial place for the crew. Their remains were removed from the site in the back of an army truck, but no one appears to know where they went or what became of them.

Efforts to raise a memorial in the village to the crew after the war have not materialised. However, in the summer of 1951 Mrs Flora Firbank of Hoplands Estate offered her land to erect a small memorial. This is the memorial we see today and is located below the flight path of the Ju88 at the end of its final flight. 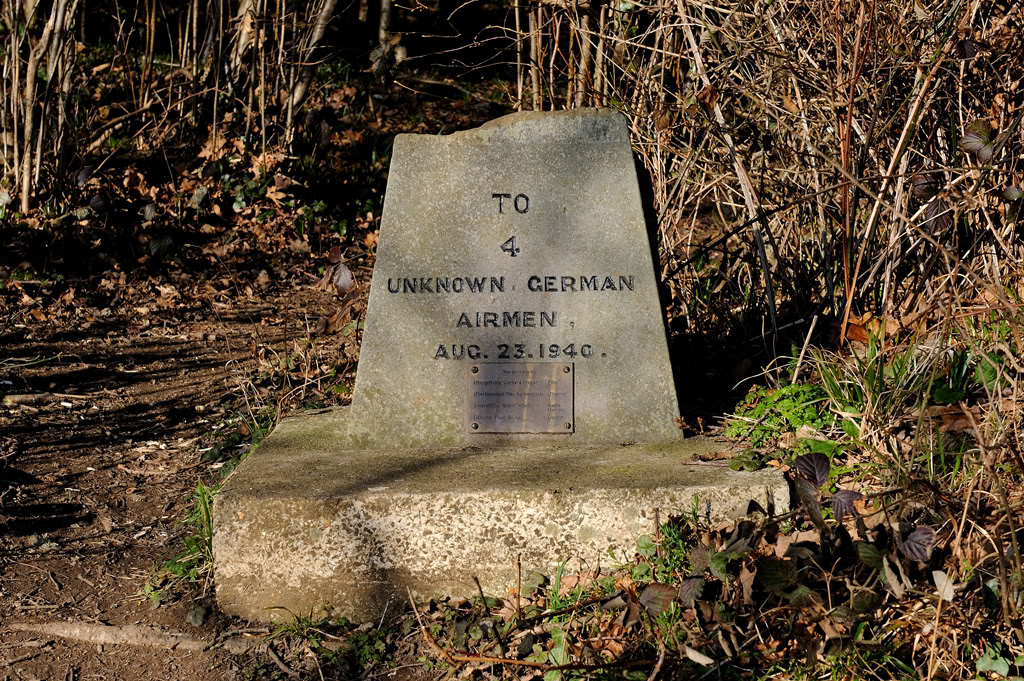