Today there is very little in the way of evidence that Everleigh Satellite Landing Ground ever existed. The most tangible clue of the area's erstwhile existence is the Super Robin hangar shown above.

The former landing ground is situated just to the north of Everleigh Village on the vast expanse of Salisbury Plain. Initially opened in 1940 as a Relief Landing Ground to the Central Flying School airfield at Upavon, Everleigh was seen as an excellent place to practice forced landings. This was due to the large flat area that it occupied also being surrounded by trees. In the event of engine or mechanical failure training, a trainee pilot would have had to exercise a fair degree of skill to get his aircraft onto the landing ground without hitting the trees. Everleigh also provided a fly away location from the home airfield to practice circuit and general flying training. As with many wartime airfields, Everleigh was a very austere place with basic facilities.

In November 1941, the Everleigh was taken over by 15 Maintenance Unit (MU) and was named 31 Satellite Landing Ground (SLG). The airfield was grass with the runways laid out in northeast/southwest directions. Concrete taxiways and dispersals were constructed along with aircraft hides in the trees. Inclement weather delayed construction works, but by March 1942, over a dozen aircraft were in storage on the airfield.

In April, Everleigh was chosen as the venue to host an airborne exercise by 38 Wing and the 1st Airborne Division. The event, which took place on the 16th, was attended by a number of VIPs, including the Prime Minister Winston Churchill and high ranking observers from the Allies and Commonwealth.

In the resulting confusion, one paratrooper was killed when he was struck by a glider, which then crashed into a tree, luckily without inflicting further injury to those on-board or those on the ground. Another Hotspur hit a tree, and several more overran the landing ground. One Hotspur II of 296 Squadron, BT745, undershot the landing zone, and while attempting a turn at low level, a wingtip struck the ground, and the glider crashed. Despite this, six gliders did manage to land and offload their troops. One can only imagine what the PM thought of all this, but it is suspected he was not best impressed. However, as the war progressed, the Glider Pilot Regiment became a potent force and successfully participated in many major campaigns.

In May 1942, work continued at Everleigh with trees being felled to provide an approach to a new runway. The changes were kept to a minimum so as not to make the SLG too visible from the air to Luftwaffe reconnaissance aircraft. Facilities were provided for thirty-seven aircraft types, including Spitfires, Hurricanes, Lysanders, Blenheims, Oxfords, Wellingtons, and Hotspurs. (Below are photographs of some of the aircraft that would have been seen at Everleigh during this period of operation - click on images to enlarge) 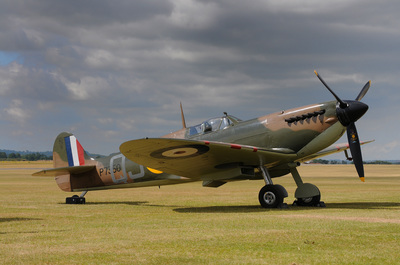 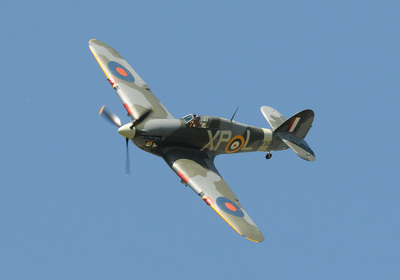 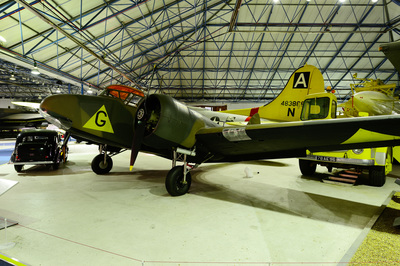 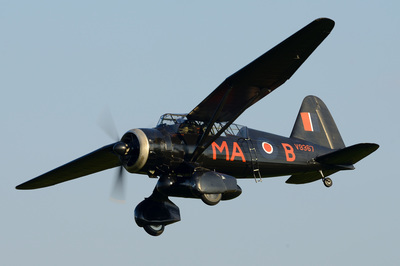 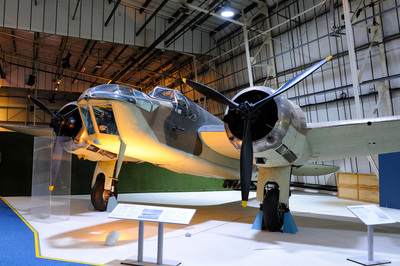 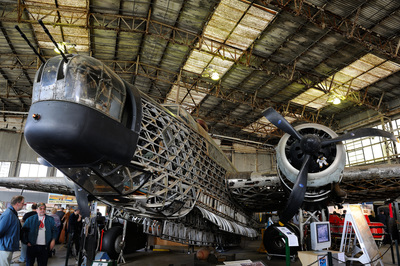 ​A change of MU occurred in September 1942, with No 33 transferring from RAF Lyneham. Expansion at Everleigh continued with further access tracks being laid and dispersals created in the areas of Everleigh Ashes and Hog Down Wood. Personnel changes also occurred when RAF maintenance parties and guards were replaced by Ministry of Aircraft Production (MAP) staff and a section of RAF police dogs and handlers.

Salisbury Plain in the summer months can be a pleasant place, but during the winter, the vast expanse of open ground afforded little in the way of protection from the elements for those undertaking aircraft maintenance. This problem was alleviated in a small way when in early 1943, a Super Robin hangar was erected to allow for undercover maintenance. MAP carried out an evaluation at Everleigh and decided that the site was able to accept four-engined aircraft. A Short Stirling from 10 MU RAF Hullavington was the first 'heavy' to land at Everleigh in December. Following on from this, many more Stirlings flew in and were stored at the airfield.

As 1944 began, Everleigh saw an increase in the number of aircraft starting to locate to the airfield. With the build-up to D-Day in full swing, Spitfires, Mosquitos and Stirlings were found on-site. In July 1944, aircraft reached a peak when 87 were in residence. This number decreased as the Allied advance in Europe continued throughout the summer, autumn and winter months. Stirlings at this time were very much in demand in the glider towing role to replace losses incurred at Arnhem and Rhine Crossing operations.

With the dawning of 1945, the end of the war in Europe was in sight, and by May 1945, just 17 aircraft remained at Everleigh. Hostilities were coming to an end, and the need for aircraft maintenance decreased. The airfield became surplus to requirements and was quickly cleared. The last aircraft left in November 1945, and 31 SLG was closed.

Today very little remains at Everleigh to show the site's contribution to the Allied war effort. However, if you know where to look, remains can still be found standing silent sentinel to the airfield's past, the most obvious being the Super Robin hangar.  Other buildings appear to be Picket Posts (Guard Huts) and HQ facilities. A similar pair of buildings to those shown below, located near Everleigh Ashes, can also be found on a track leading to Round Down. (Below are photographs of some of the remaining buildings taken in early 2015 - click on images to enlarge)

​The aviation link has not been completely lost at Everleigh as nearby there is an area known as Everleigh Drop Zone where the Army Air Corps (AAC), the RAF, Fleet Air Arm (FAA) and Army regularly train. The Drop Zone forms a small part of the vast area known as the Salisbury Plain Training Area (SPTA). Helicopters from AAC Middle Wallop, RAF Odiham, RAF Benson, RNAS Yeovilton and Boscombe Down are seen regularly.

All manner of training takes place here, including helicopter auto-rotations, general handling, and airdrops from C-130 Hercules and A400M Atlas transport aircraft. Also near the former SLG is Lindens, where AAC, RAF and FAA helicopters practice landing in a confined area.

Within a short distance of Everleigh Drop Zone is the MoD airfield at Boscombe Down. Aircraft from here are frequently seen over Everleigh as they set up their approach patterns prior to landing at the airfield. (click on image to enlarge)