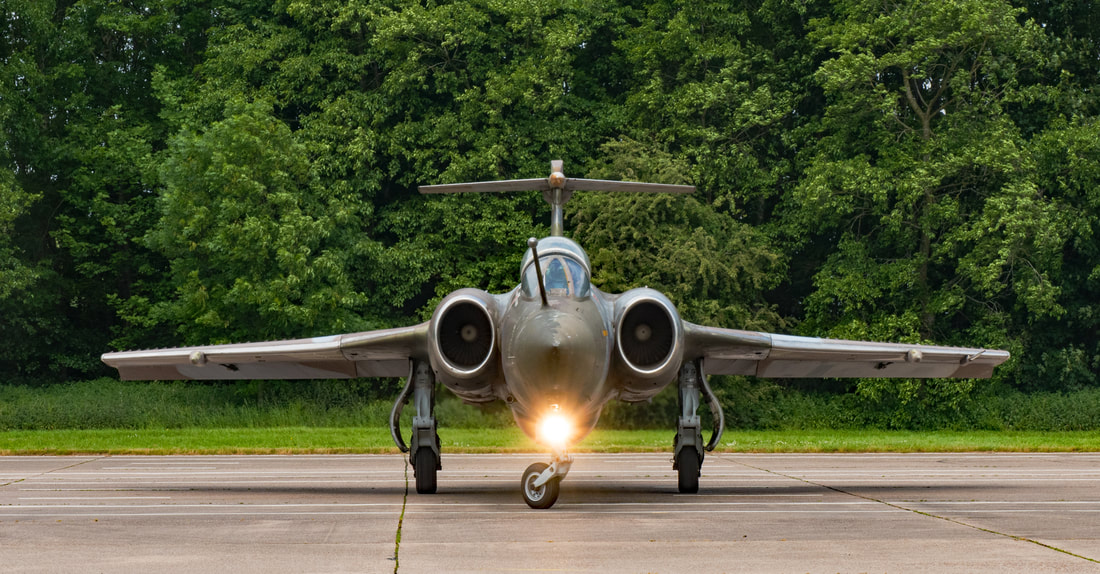 HS Buccaneer S.2B XX900
​Bruntingthorpe’s Cold War Jets Open Days have for some years have been a highlight on many an avaition enthusiasts calender, so it was with some alarm that part way through 2017 it was announced that the August Open Day, planned for that year, would be cancelled due to operational reasons that were prevailing at the airfield. When this type of announcement is made it often spells the end for long established events, but thankfully this was not to be. Large numbers of cars were stored on the main runway which curtailed proceedings, however, a small informal event did go ahead on the planned August date so all was not lost.

On 27 May 2018 Cold War Jets was once again held but this time the whole event had been turned through 180 degrees to be located at the Gilmorton end of the runway. This gave the participating aircraft more room to stretch their legs, although at a reduced speed.  The event was back on track with catering and aviation themed traders being in attendance on the day, with many attendees leaving with wallets less full. 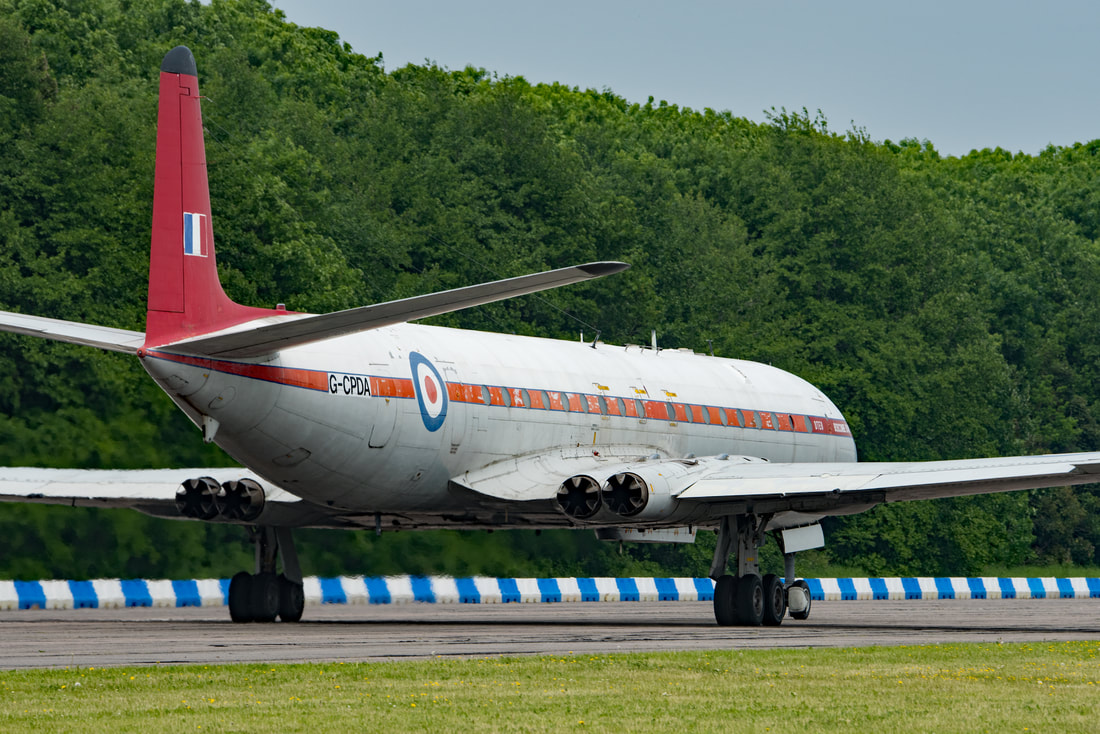 de Havilland DH106 Comet 4C XS235 (G-CPDA) Canopus
As the day closed and the crowd dispersed some very ominous looking storm clouds gathered and thunder could be heard in the distance.  This was a most appropriate ending to a day remembering the Cold War, when at the time no one quite knew if and when the storm would come, which in the end, thankfully it did not. It’s sobering to note that several of the pilots taking part on the actual day of the event, were ready to answer the call to arms all those years ago, had the Cold War turned hot. 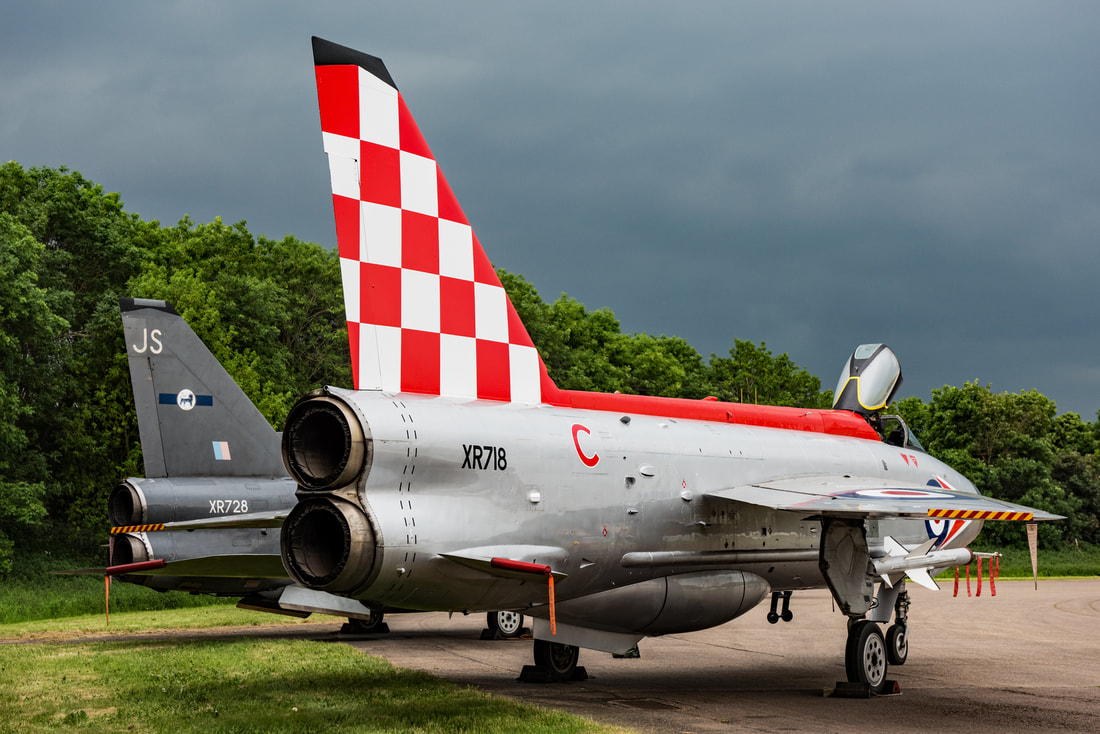 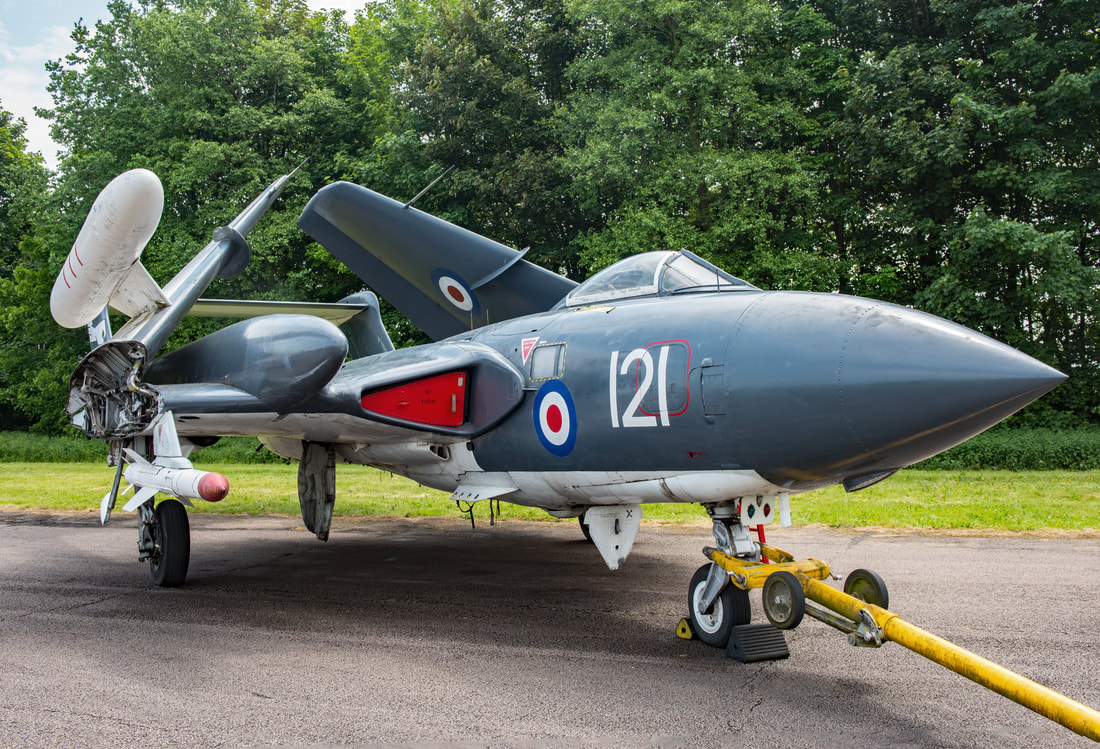 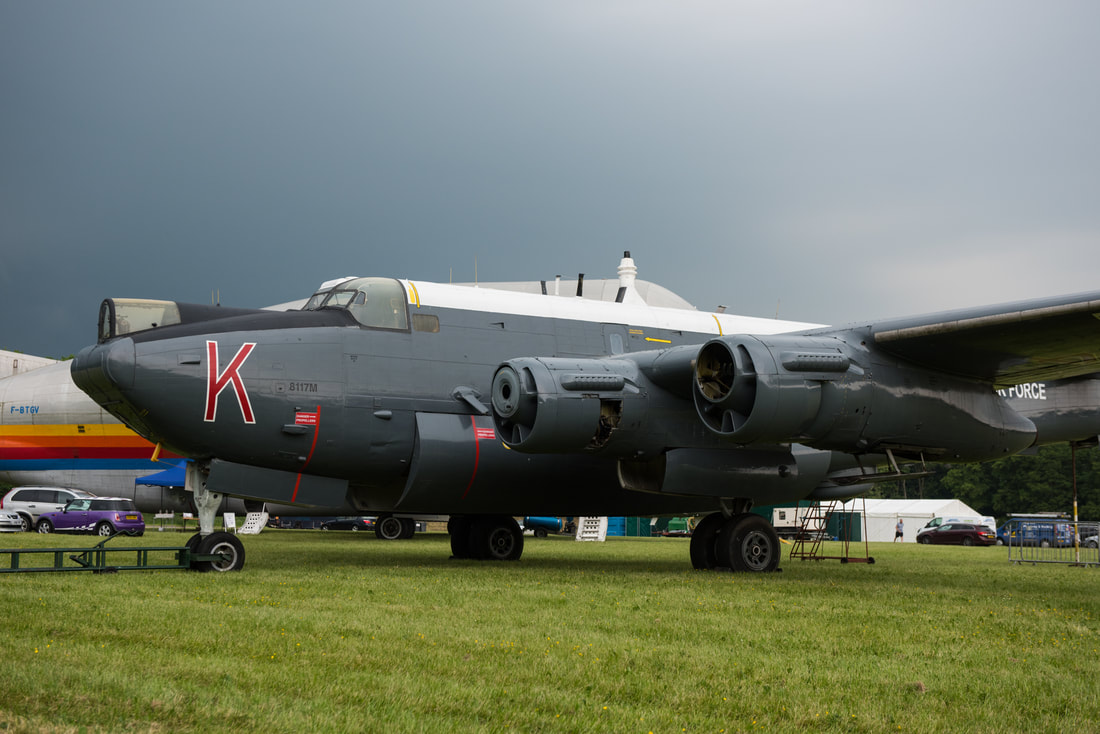